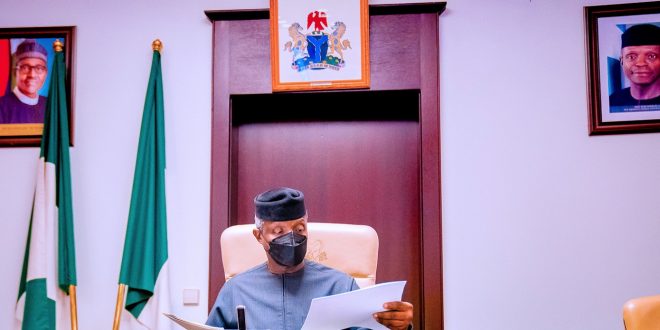 ABUJA – Vice President Yemi Osinbajo, SAN, has said that in situations of conflict, including ethnic and religious tensions, leaders must be willing to make sacrifices even at the risk of their popularity in order to attain long-lasting resolutions, peace, and progress.

According to a release e-signed and made available to StarTrend Int’l & online – www.startrendinternational.com by Laolu Akande, Senior Special Assistant to the President on Media & Publicity, Office of the Vice President, Osinbajo stated this on Monday, 30, 2021 when he received on a courtesy visit to the Presidential Villa, a delegation from the Muslim Public Affairs Centre (MPAC) led by its Executive Chairman, Mr Disu Kamor.

MPAC is a non-governmental organization dedicated to the promotion of peace building and interfaith cohesion, among other objectives.

According to the Vice President, “there is a need to understand first of all, that there is no way that we can deal with the tensions between the faiths and ethnicities in Nigeria today unless those in leadership are prepared to make some important sacrifices.

“Those sacrifices are sacrifices even in what you say, how you say it, and then sacrifices also in the acknowledgment of whatever people are saying and the willingness to accept. 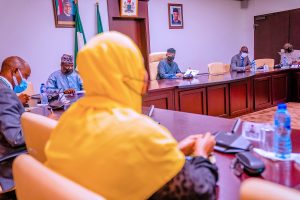 “It is very important that we don’t diminish the importance of language and respectful non-violent communication so that we are able to keep our discussions at a level that ensures that we don’t degenerate too quickly to violence.”

Citing the examples of the sacrifices made by the late South African leader, Nelson Mandela and Imam Abubakar Abdullahi of Barkin Ladi, in Plateau State, the VP said “we can all talk nicely and say the right things but unless people are prepared to make some concessions which may cost them popularity within their own group, we cannot move forward.”

“(Nelson Mandela, who had spent such a long time in jail under apartheid before he became President still pushed for a South Africa where even his tormentors got equal treatment like his fellow black South Africans. In Nigeria more recently, Imam Abubakar Abdullahi in 2018, put his life on the line to save the lives of over 200 Christians who took refuge in his mosque when some gunmen attacked the village of Nghar Yelwa in Barkin Ladi, Plateau State and sought to kill the Christians.)

“These are stories of people who are not only political or religious leaders but just ordinary people, doing the right thing. Unless we are prepared to not just talk about it but to make an open display, first of all, of those who are doing the right things, but more importantly, challenging our leaders to say the right things and to be prepared to risk some popularity in order to do so, then we will just be wasting a lot of time,” Prof. Osinbajo submitted.
In addition to leaders making sacrifices, the Vice President said the notion of respectful dialogue is also crucial especially “at this time”. 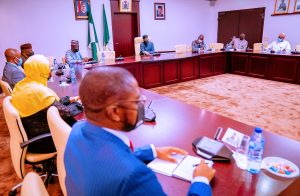 His words: “the whole idea of promoting respect for other faiths and people of other ethnicities and beliefs is a very important thing especially now in our country with what we are seeing.”

Commending the Muslim group’s efforts in promoting interfaith cohesion, the Vice President noted that setting up an inclusive platform for interfaith dialogue should be an important consideration by concerned stakeholders.

“I think it is something that is important, especially one that takes into account younger people, professionals who are not necessarily religious leaders in that sense, maybe there might be a way to have a more inclusive interfaith dialogue.

“We are at a point in time in our history, where people who are responsible and like-minded from all of the faiths and ethnicities should come together to do something,” the VP explained.

Earlier in his presentation, the leader of the group, Mr Disu Kamor said MPAC has been involved in programmes and activities aimed at promoting cohesion among people of different faiths over the past decade.

He said the group is ready to collaborate with other stakeholders deepening efforts aimed at ensuring peaceful coexistence and dousing the tensions across the country among people of different faiths.

*Tolani Alli is the Personal Photographer to Prof. Yemi Osinbajo SAN, the Vice-President of Nigeria. 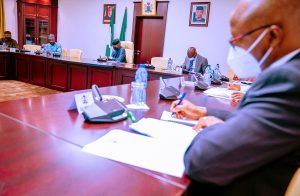