Breaking News
Home / HEADLINE / I’m Searching For New Wife, But I Have To Be Fair In My Search – IBB 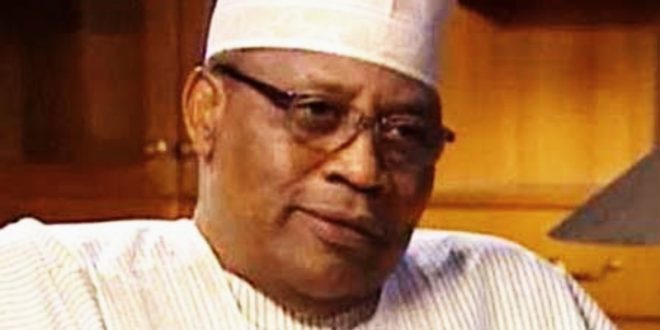 I’m Searching For New Wife, But I Have To Be Fair In My Search – IBB

Idowu Hamed December 29, 2019 HEADLINE, NEWS Comments Off on I’m Searching For New Wife, But I Have To Be Fair In My Search – IBB 63 Views

MINNA-NIGER: The former Nigeria’s Head of State, General Ibrahim Badamasi Babangida (rtd), fondly has announced that he is in search of a new wife.

He however said the kind of woman that will suit him at this stage of his life, saying he will not take a wife much younger than him, because that will be a problem for the woman and for himself.

Fondly called IBB, the former Military President while speaking with journalists recently however expressed the fear that the new wife may not be able to live the way he lived with his late wife and former First Lady, Maryam.

His words, “Yes, I am quite sure. I’m searching and I’m hoping. But the longer I wait, maybe, the more problematic it becomes.

“If it drags, I would be too old and the whole idea of having a partner would seem to diminish. But I will make sure I have a partner before reaching that stage.

“But as time passes, and relationship building continues, it could end up in marriage.

“However, I have to be fair in my search. I really want to be fair. For instance, you don’t expect me to take a wife much younger than I am because that will be a problem for her and for me.

“I have to be fair. Secondly, I do wonder if she (the chosen one) would be able to live the way Maryam and I did, which is not easy these days. So, I keep on praying; and I think it will happen.”