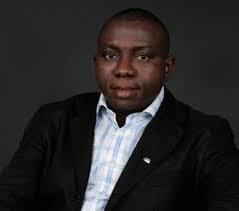 Speaker of Ogun State House of Assembly, Rt. Hon. Suraj Ishola Adekunbi has stated that he is resolute about his desire to be the next governor of Ogun state, but not desperate.
The speaker, who recently made this disclosure in an interview with the media in his office said he had started consultations with his people just like he did during the electioneering campaign that saw him to the exalted position of the Speaker, and that he was optimistic the people would support him.
Adekunbi Suraj who is a blue-blood from Ayetoro in Yewa division of Ogun State said the contest for Governorship of the state is not about mudslinging, painting false records or forcing oneself on the people or trying to bully or cow people down to get their votes, but the game is about presenting a practical and reasonable records for the people to see.
According to him, “first of all, I want to thank immensely the governor of the state, Senator Ibikunle Amosun who, in his wisdom, decided to give the people of Yewa a shot at the governorship. I pray God in His infinite Mercies continue to uphold, guard and guide him”.
He added: ‘’the governor has by this singular but superlative pronouncement challenged all of us from Yewa to tie our loin and get it right this time.
“Governor Amosun is sincere, considerate, straightforward and not someone who will say one thing today and do another thing tomorrow, he is a man of his words”.
Adekunbi said that the governorship is now for them to win or lose, adding that he was ready and resolute to win the governorship election.
“I am resolute to win the governorship race by the grace of almighty Allah, but I am not desperate”.
The Speaker, reacting to the questions pertaining to the huge number of contestants jostling for the governorship, stated that there was nothing wrong with that, saying that he was not afraid of competition of any sorts.
He revealed that he was born into a polygamous family where they grew up doing things peacefully and amicably without resorting into pouncing on one another.
He likened the governorship race to a competition amongst kith and kins from Yewa and that there should not be a do or die approach to it.
Reacting to the rumour making the rounds that the incumbent Governor has already anointed a particular candidate; Prince Suraji dismissed such claim with a wave of hand, saying that it was not true.
He described the governor as a good father, pragmatic leader, prodigious scion and a thorough breed politician who can confidently and comfortably hold his head in the power play parlance and would always do what is noble and just.
He described such rumour as a calculated attempt to throw spinner in the wheel of the lily livered contestants, but noted that he is not of such caliber adding that he had been in politics and had learnt from frontrunners in the game.
He said though he was born into politics as his father was in it, “but that was not enough for me to feel I could ride on the crest of my father: hence I joined politics and has paid my dues.
“I will not be deterred by any cooked up stories by some elements or characters who are trying to play on the intelligence of the people.
“At any rate, I do not really need to bother myself about that because our people are intelligent and cannot be deceived by some arrogant and cocky brigands who are not ready to play by the rules.
“I am resolute to be the next governor of the state and God willing; it shall be so with the support and prayers of the people of the state who I always hold at high esteem”.
In another development, the Yewa North Traditional Council led by its Chairman and the Alaye of Ayetoro, Oba Abdul Azeez Ishola Adelakun, have unanimously agreed to support the gubernatorial aspiration of the Speaker of Ogun State House of Assembly, Rt Hon. Suraju Ishola Adekunbi in 2019.
Oba Adelakun, who spoke during a courtesy call by the Speaker on the traditional Council, in Ayetoro recently, Yewa North Local Government, prayed that the Yewa’s turn to produce the next governor of the State would come into fruition.
While commending the State governor, Senator Ibikunle Amosun for promoting equity in standing by the Yewa aspiration, he solicited for the support of all the other Senatorial districts to make it a reality.
Earlier in their separate remarks, the Community heads led by the Chairman of Baales in Yewa North, Chief Afolabi Olaleye said the people of the communities are in support of the Speaker’s aspiration.
Speaking on behalf of other High Chiefs, the Oga Ilu of Ayetoro, Ishola Olateju and the Olori Iyaloja of Ayetoro, Chief (Mrs.) Ajoke Jayeola, solicited for the support of all and sundry for the Speaker’s aspiration to be successful. 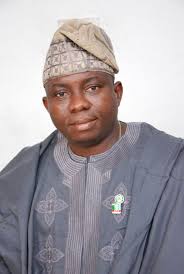 In his response, Rt Hon. Adekunbi said that it would take an aspirant who was part of the beginning of the rebuilding mission of the Senator Ibikunle Amosun led -administration to succeed the governor, so as to ensure the success of the on going transformation in the State.
Thanking the traditional rulers and the entire people of his constituency, the Speaker noted that the success so far recorded by the present administration in the State was as a result of their unflinching support.
He assured that when given the opportunity to succeed the governor come 2019, he would consolidate on the existing democratic gains across the State.

Publisher and Editor in Chief - Magazine and Online Tel: 08038525526 - 08023339764 - 08055657329 Email: startrendinter@gmail.com
Previous Yewa People Can’t Get Governor Position On A Platter Of Goal -Alhaji Adenusi
Next Towards 2019 Ogun West Needs Blessing To Get Governor, Aspirant Seeks Prayers Of Royal Fathers