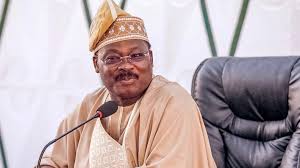 Governor Abiola Ajimobi of Oyo State, on Friday in Ibadan, announced his intention to contest the Oyo South Senatorial seat on the platform of All Progressives Congress.
The governor made the announcement at the maiden General Abdulsalami Abubakar Foundation Peace Lecture held at the Trenchard Hall of the University of Ibadan.
“You know, I am running for the Senate. So, I went to Abuja for the screening exercise of our party and just returned yesterday,’’ Ajimobi said.
The News Agency of Nigeria reports that Oyo South Senatorial District comprises nine local governments namely: Ibadan South-West, Ibadan North, Ibadan North-West and Ibadan South-East.
Others are Ibadan North-East, Ido, Ibarapa Central, Ibarapa East and Ibarapa North.
NAN reports that Ajimobi, a two-term governor of the state had from 2003 to 2007 represented the same senatorial district in the National Assembly on the platform of Alliance for Democracy.
The governor is expected to contest the ticket with Dr Fola Akinosun, while the other contender and incumbent, Sen. Adesoji Akanbi, was reported to have dumped the APC for African Democratic Congress.
Ajimobi at the event, described the former Head of State, Retired General Abdulsalami Abubakar, as a man of peace, integrity and honour, saying he handed over peacefully.
The governor described Oyo State as one of the most peaceful states in Nigeria, adding that the foundation of his administration was based on peace and security.
Ajimobi also used the opportunity to highlight the tremendous achievements of his administration in the last seven years.
He described the University of Ibadan as the best in Africa, saying the institution had graduated reputable and renowned Africans.
“Unarguably, University of Ibadan remains the best in Africa. It is a world class training institute for postgraduate studies. It has graduated reputable and renowned Africans.
“It is known for human capital development and has above all, been supportive to Oyo State Government in our educational programmes, ’’ he said. (NAN) 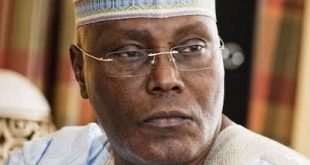 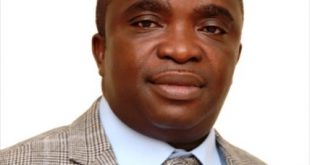 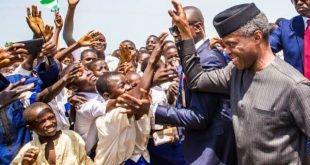