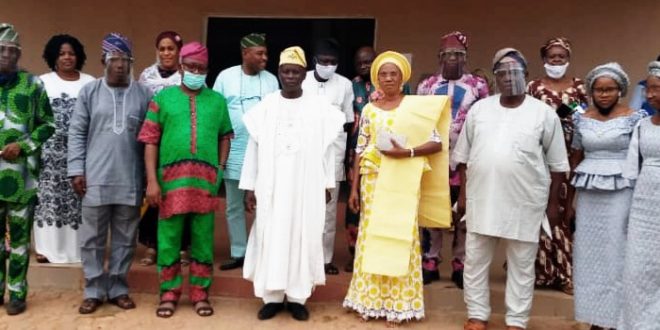 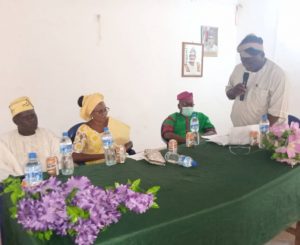 IJEBU ODE – The Head of Local Government Administration, Ijebu Ode Local Government, Dr. Adeolu Olufowobi has charged the local government employees to be of good conduct while in the service.

According to a release e-signed and made available to StarTrend Int’l magazine & www.startrendinternational.com by ‘Tope Oyekan, Director, Information, Education and Sports, Ijebu Ode Local Government, Dr. OLUFOWOBI gave the charge on Friday while speaking during the Send-off programme hosted in honour of Mrs. Kikelomo Oluremi FASASI, who recently retired as the Principal Stores Officer of the local government.

The HoLGA enjoined all serving employees to always serve diligently and discharge their assigned schedules with all sense of dedication and commitment. 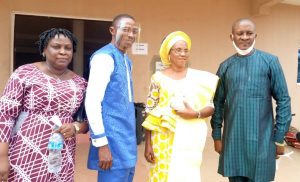 He commended the retiree, describing her as a very humble, meek, and diligent person, who never joked with her job, and that her good deeds while in service informed her being invited for the programme. He thanked God for her successful landing after 35 years of meritorious service to Ogun State, and that her service was never truncated through death or dismissal from work. He advised her to rest, relax and think on how best to enjoy her life in retirement.

Earlier in his address of welcome, the Treasurer and Director of Finance and Supply, Ijebu Ode Local Government, Mr. Philips OGUNPITAN, whose department organised the event, cited Mrs. FASASI’s exceptional workplace and personal attributes as the reason behind the honour bestowed on her. 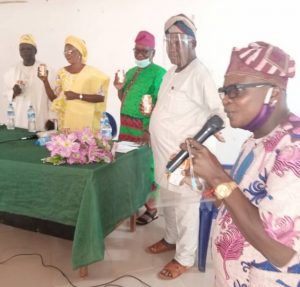 He described her as a humble, honest, diligent and dedicated officer.
While responding, the Honoree, Mrs. Kikelomo FASASI, thanked the HoLGA, Treasurer, and all her colleagues, for the honour done her.

She implored everyone to move closer to God, and also have the fear of God, enjoining them to always love their neighbours, while she prays that good things shall not cease in the household of all.

The event held at the Millennium Hall, Local Government Secretariat, Itoro, Ijebu Ode, had in attendance, Heads of Department, of the Local Government; Husband of the Honoree, Mr. Samson Onabanjo FASASI, a retired Deputy Comptroller-General of Immigration; and Children, Oluwadamilola and Oreoluwa.