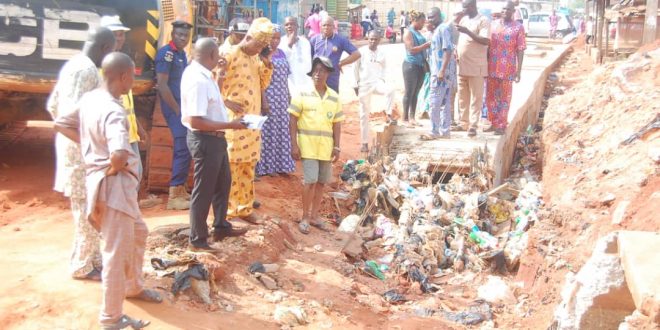 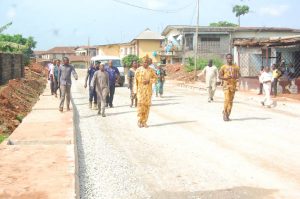 IJEBU ODE: The Chairman, Transition Committee, Ijebu Ode Local Government, Engr. Olugbenga Olugbile, has assured the people, living in the local government, of speedy completion of roads,  being embarked upon by the Ogun State Government, in the area.

According to a press release e-signed and made available to StarTrend Int’l magazine & www.startrendinternational.com by Tope Oyekan, Director, Information, Education and Sports, Ijebu Ode Local Government, Engr. Olugbile gave this assurance, recently, while on inspection tour of certain roads, under construction by the Ogun State Public Works Agency (OGPWA), at Ashafa/Aiyegun;  Fusigboye/Molipa and Degun axis of Ijebu Ode.

The release stated further that the Chairman’s visit was based on the plea by traders, selling along those routes, who had earlier complained of low patronage, as a result of the ongoing construction works which made the roads impassable.

The Chairman, therefore, appealed to the traders and residents, to desist from the act of dumping refuse indiscriminately in the drainages and burning  of refuse on the roads. 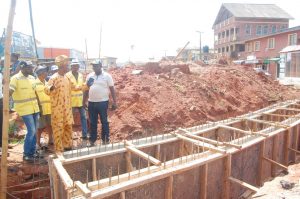 He enjoined them to support government in their respective capacities, saying, “I urge you to also look at what you can do in your individual capacities to help the government.

“Do not leave everything to Government, as government cannot do it alone”.

In their remarks, the Project Managers, Engr. James and Engr. Umaru promised to urgently resolve the issues raised by the traders, listing some of the challenges being faced as faulty equipment which, according to him, had already been fixed, and the need to lay water pipelines by the Ogun State Water Corporation.