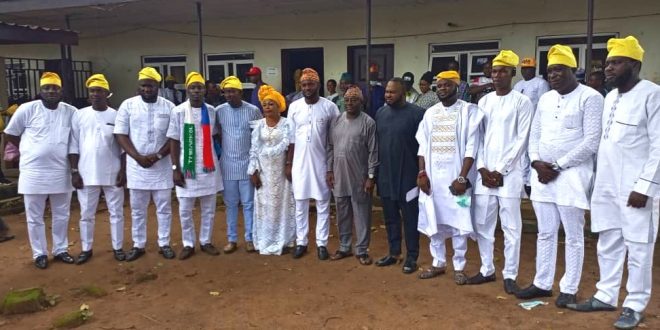 IJEBU-ODE – Councilors in Ijebu-Ode Local Government have been charged to be proactive and responsive in discharging their duties, to effectively represent their people and deliver dividends of democracy to them.

The charge was given by the Chairman, Alhaji Emilola Gazal, during the inauguration of the 9th Legislative Council of the Ijebu-Ode Local Government, noting that their emergence was as a result of the confidence reposed in them by the people.

“Your emergence was occasioned by the confidence reposed in you by your various wards to adequately and effectively represent them towards enjoying the desired dividends of democracy.

“I therefore challenge you to see your new responsibility from today as a call to duty. You should face the enormous challenges ahead and contribute meaningfully and selflessly towards the development of the Local Government”, Alhaji Gazal said.

He further sought for the cooperation of the Councilors, saying no single arm of Government could function alone without the support of others.

The Chairman thanked Governor Dapo Abiodun for his uncommon political sagacity and bold step taken to conduct the recent Local Government election, which he described as a clear testimony that he places premium on the development of the grassroots.

Speaking earlier, Clerk of the House, Mr. Micheal Bolujoko said the emergence of the Councilors was propelled by their loyalty to the party, hardwork and confidence to effectively represent their various political wards towards the delivery of dividends of democracy. 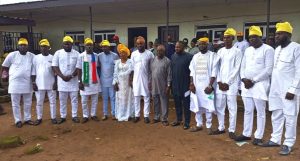 Elected Leader of the House, Hon. Shola Ogundare promised to be loyal, faithful and discharge his duties with the fear of God and to the service of the People.