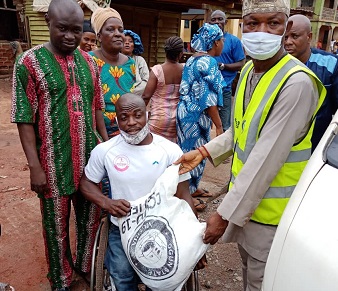 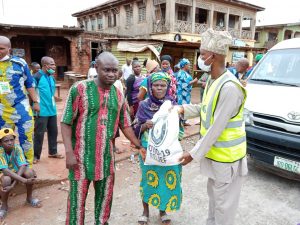 IJEBU-ODE: As part of measures to cushion the effect of lockdown directives of the federal government, aimed at curbing the spread of Covid-19 the Ijebu-Ode Local Government has commenced distribution of the second batch of relief materials from the State government.

Speaking in an interview with newsmen at the Council Secretariat, the Council Chairman, Engr. Olugbenga Olugbile, said the distribution of the relief materials would be monitored, while the vulnerable, aged and poor people, who did not benefited from the first batch, were adequately taken care of.

“The people that did not benefited from the first phase would surely benefit this time around. The list of the first batch is with us, to cross check when we have the second list. We want everyone to be calm during the distribution and the Oloritun to cooperate with the government”, Olugbile said. 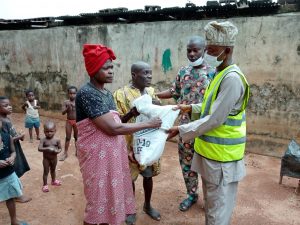 The Council boss advised individuals to always stay safe by maintaining social distance, washing of hands regularly, use of hand sanitizer and face mask during this period.

Beneficiaries of the relief package, Mr. Adebayo Shittu and Mrs. Suwebatu Mosuro at Idewon in Ijebu-ode, while appreciating Governor Abiodun, said they have done creditably well by providing food items for his people, saying they were happy to be partakers of the kind gesture, which will safe their households from hunger.