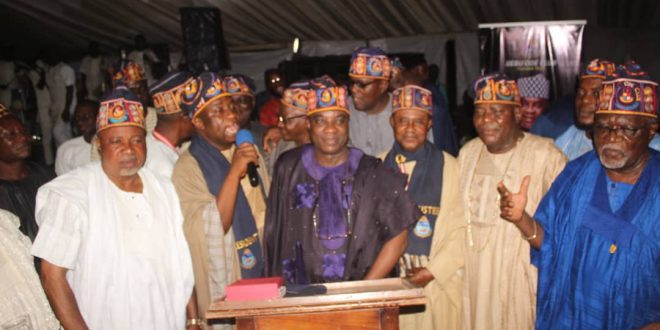 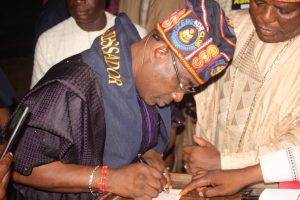 IJEBU-ODE: The Centenary celebration of the premier social club in Ijebuland; the Ijebu Ode Club kicked off in a superlative manner on Monday, March 2, 2020 with the unveiling of the Centennial Ambassador who is no other personality than the iconic Fuji entertainer; King Wasiu Ayinde Marshal (K1 de Ultimate). It was indeed a honour fit for a king.

According to a press release e-signed and made available to StarTrend Int’l magazine & www.startrendinternational.com by Tayo Mabeweje

Social/Publicity Secretary of Ijebu Ode Club, the event was indeed a honour fit for a king and another milestone for K1 de Ultimate with the ambiance radiated by their Royal Majesties, Oba Adesesan Oguntayo; the Ajalorun of Ijebu Ife, Oba Rasaq Adenugba; the Ebumawe of Ago Iwoye and Oba Cossy Salami; the Saderiren of Isoyin. 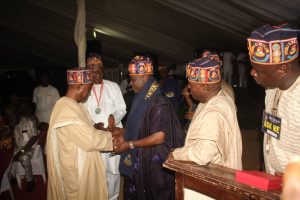 The outing was Wasiu Ayinde’s first honour  after his installation as the Mayegun of Yorubaland by Iku Baba Yeye, Oba Lamidi Adeyemi; the Alaafin of Oyo.

It also dovetailed into his 63rd birthday and, at few minutes after 12 midnight, prayers were said and a befitting cake was cut to celebrate the 63rd birthday of the Fuji legend.

The Age Grade Groups were not left out of the show and leading the pack was Wasiu Ayinde’s age grade; the Egbe Bobakeye (Okunrin) Akile-Ijebu.

Ever-bubling Egbe Bobamayegun and Egbe Obayori (Obirin) of Ijebuland also added spice with their stylish outfit and interjections of praise singing in honour of the Centennial Ambassador. 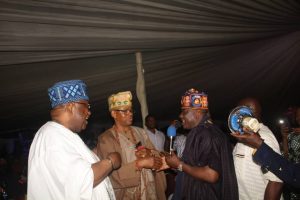 Perhaps, the most joyous personality that night was the Centenary President of the Ijebu Ode Club; Barr. Adegbenga Ogunba. For him, it was all smiles, hugs and pumping of hands with the dignitaries who came to share in the joy of the day.

Giving reasons for the choice of Wasiu Ayinde as the Centennial Ambassador, the Club’s Social/Publicity Secreatry, Mr. Tayo Mabeweje explained that Alhaji Wasiu Ayinde had, through Fuji music, projected the image of Ijebuland across the globe and has ever remained an epitome of good character and constant as the Northern star; some of the outstanding hallmarks of a quitessential Ijebuman. 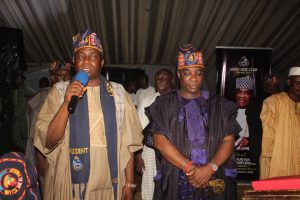 Mabeweje also shed light on why the Centenary Anniversary is being celebrated as a way of “reflecting on the achievements of the past administrations,  taking stock of the present administration  and building for the future by setting a sustainable agenda for the coming generations.”

In his response, Wasiu Ayinde profusely  thanked the leadership and the entire membership of Ijebu Ode  Club for considering him worthy of the honour.

According to him, this gesture will remain indelible in his memory as one of his most cherished societal recognition.

He promised to play the Ambassadorial role to the best of his ability by always projecting the image of the Club and drawing out a sizable number of his friends to contribute their own quota towards the development of the Club. 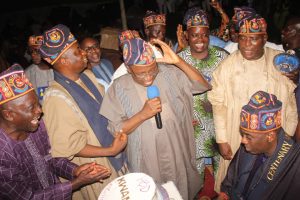 Dropping a hint on his plans towards the success of the celebration which climaxes in January, 2021, the king of Fuji promised to drop a record to commemorate the Centenary Anniversary.

The event, held under an executive marquee was simply cozy, classic and colourful. It was grandiose in all ways.

There were quite a lot to eat and gulp from continental cuisines to local dishes and from the rich traditional palm wine to exotic wines.

On stage to entertain guests was KWAM 1’s alter ego; Kolade Onanuga who did not disappoint in any way as he held the audience spell bound with the incredible Oluaye’s voice-like fuji repertoire that could only be faulted by the Ambassador himself. 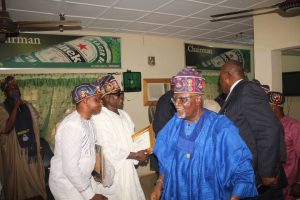 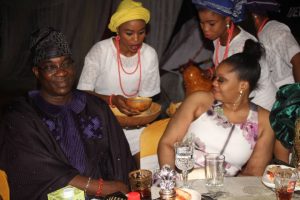 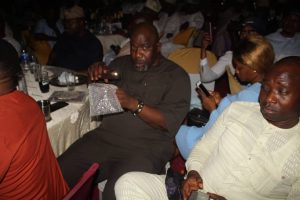 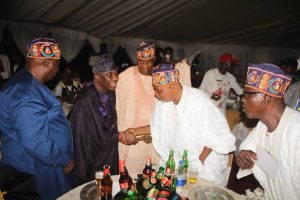 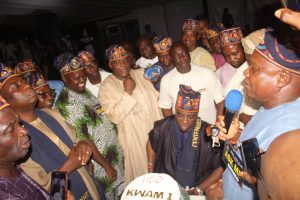 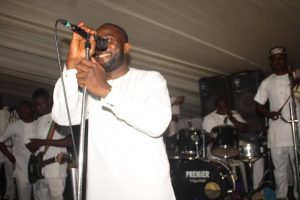