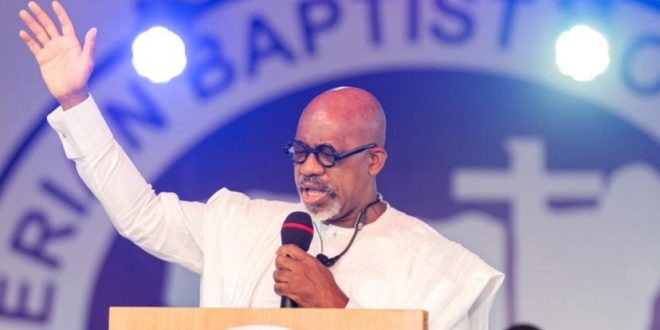 Gov. Dapo Abiodun of Ogun State delivering his speech at the event.

Idowu Hamed April 28, 2021 HEADLINE, NEWS, RELIGION Comments Off on I May End Up On Pulpit After 8 Years As Governor – Abiodun 116 Views

Ogun State Governor Dapo Abiodun suggested on Wednesday, April 28, 2021 that he might end up as a pastor after serving eight years in office as governor.

Governor Abiodun, who made the remark when speaking at the 108th Nigeria Baptist Convention held at the Baptist International Conference Centre, Lufuwape Town, along Lagos-Ibadan Expressway, said that athough he would not ascribe to himself the authority of the clergy, because he loves reading, studying and sharing the the Bible, he “may end up on the pulpit after I have served as governor for eight years.”

The event, which was equally used to conduct valedictory and commendation services for the retiring President of Baptist Convention, Nigeria and the President, Christians Association of Nigeria (CAN) Dr (Reverend) Samson Ayokunle, was attended by former President Olusegun Obasanjo, Governor Seyi Makinde of Oyo State, Senator Ishaku Abbo, among other dignitaries.

Governor Abiodun noted that the theme of the Convention, “Moving Forward: Finishing the race with Joy”, has called the attention of Nigerians, and the world, to taking action with the fear of God in their hearts.

According to him, if Nigerians followed the instructions of God in all they do, life would be more peaceful and the country would not find itself in its current predicaments.

The Ogun governor charged Nigerians not to lose hope, stressing that “all we need is the fear of God in conducting our affairs.

“We all need to treat our fellow human beings with love and even take care of our environment. If we do, we will live a more peaceful and prosperous life. We continue to pray for God’s blessing upon our land so that our people will live in constant abundance of every good thing.

“More importantly, we must reject violence and pursue peace with one another. We need to walk in love and understanding. This is what our heavenly Father expects from us.

“We, therefore, look forward to the continued reign of peace in our land and the constant strengthening of the body of Christ,” the governor stated.

While noting that the Convention is the “gathering of the faithful and a clear demonstration of the injunction of the word of God,” Governor Abiodun commended the Baptist Church of Nigeria for remaining relevant in the spreading of the gospel and the provision of qualitative education and healthcare services.

Governor Abiodun congratulated Rev Ayokunle for a successful tenure as the President of the Nigeria Baptist Convention after 10 years, noting his roles as the current President of CAN has strengthened the unity among Christians in the country.

Speaking at the event, ex-President Obasanjo commended Ayokunle for serving meritoriously in his capacity as a leader in the Baptist Church.
Obasanjo, who expressed optimism that Nigeria would survive its present troubles, prayed that God would give the retiree new energy to continue the work of God.

Also speaking, Oyo Governor Makinde praised Ayokunle for his tenacity in carrying out the duties of his office, and urged him to continue to lead prayers for Nigeria and the country’s leaders. 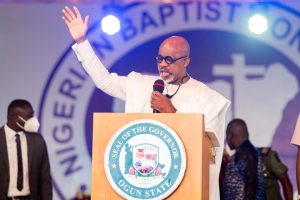 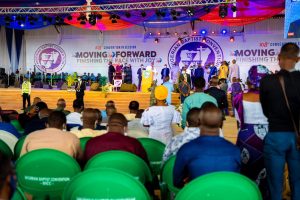 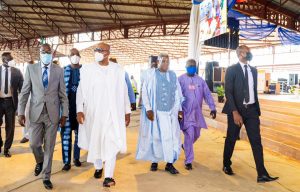 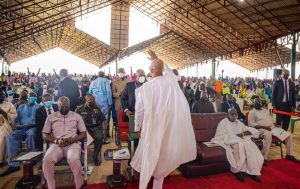 Publisher and Editor in Chief - Magazine and Online Tel: 08038525526 - 08023339764 - 08055657329 Email: startrendinter@gmail.com
Previous Osinbajo To Political Elites: Let Us Tell Our Communities The Truth, Says, Every Conflict Is A Result Of Elite Failure To Speak Up
Next Gbenga Shobo Succeeds Sola Adeduntan As Managing Director/CEO At FirstBank