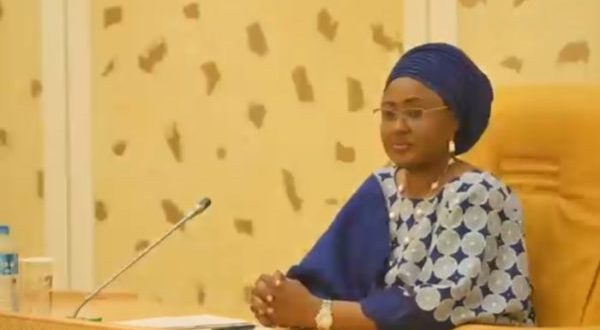 I Have Never Sent My Staff To Collect Money – Aisha

Idowu Hamed September 26, 2018 NEWS Comments Off on I Have Never Sent My Staff To Collect Money – Aisha 128 Views

“I wish to inform the general public that I have never sent any of my staff to collect any favours on my behalf or on behalf of my children and will never do so,” wife of the President, Aisha Buhari, has assured Nigerians.
She made the assurance when she refuted allegations suggesting that she used her Aide De Camp, CSP Sani Baba-Inna, to collect N2.5 billion from unsuspecting members of the public.
Director, Information, Mr. Suleiman Haruna, released a statement on her behalf on Tuesday September 25, 2018 in Abuja.
” Baban-Inna has been my ADC since 2016 and has been associated with me ever since.”
She was surprised that the initial investigation showed Baba-Inna allegedly used her name for some suspicious activities.
She denied having any connection with his arrest and detention as the Nigeria Police, being the constituted authority, have the power to do so.
” It was The Nigeria Police Force, being his employer, that arrested him to investigate the allegations leveled against him because the case is within their jurisdiction,” she said.
Aisha urged those who were the alleged victims of Baban-Inna to get across to him and retrieve whatever he took from them.
She said she will not condone fraudulent behaviour by any of her staff.
She also called on individuals in authority to deal with errant aides involved with extortion by name-dropping.
She said the Buhari administration was voted into office based on trust and confidence of the people to fight corruption (NAN).

Tags I Have Never Sent My Staff To Collect Money - Aisha #