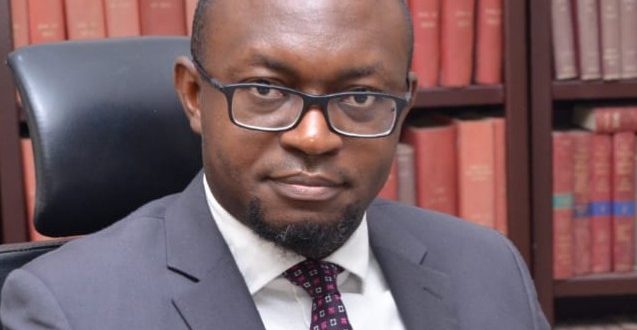 HUMAN TRAFFICKING VICTIMS TO GET FREE LEGAL SERVICES IN OGUN

ABEOKUTA – The Ogun State Attorney-General and Commissioner for Justice, Mr. Akingbolahan Adeniran has said respite will soon come to the victims of human trafficking, as they will get free legal services through the creation of Ogun State Public Interest Law Partnership (OPILP).
Adeniran who made this revelation recently in Abeokuta during the fourth meeting of the State taskforce on Human Trafficking, added that OPILP would be partnering with private legal practitioners, to render free legal services (Pro-Bono) to indigents and victims of human trafficking across the State.
The Commissioner who is also the Chairman of the taskforce said the services would only be rendered if the victim wanted to pursue a civil action against the traffickers, noting that it would be an advantage for victims who want to claim damages or compensation for the dehumanisation meted on him/her through the Pro-Bono.
He added that the taskforce would also enroll the victims in various empowerment training programmes, such as, Anchor Borrowers and other existing programmes, either on governmental or non-governmental bases, as most of the persons affected are less privileged, which make them more vulnerable.

“The State Taskforce will enter into Memorandum of Understanding (MoU) with governmental and Non-Governmental Organisations with the aim of training the victims for more support, as well as empowering them with basic skills, under the Ministry of Women Affairs and Social Development and other relevant Ministries, Departments and Agencies for proper rehabilitation, that will make them have a source of income”, he said.

The Commissioner stated that the State Taskforce is collaborating with the National Agency for the Prohibitions of Trafficking in Persons (NAPTIP), Nigerian Police, Nigerian Security and Civil Defense Corp, Nigerian Immigration Service, Non-governmental Organisations, Federal Road Safety Corps, Traditional Rulers, Faith-Based Organisations among others to ensure proper monitoring and arrest of culprits.
Speaking on behalf of other members of the State Taskforce, Mr. Olakunle Sanni, appreciated government for the initiative, urging it not to relent on its efforts at eradicating the menace.
HUMAN TRAFFICKING VICTIMS TO GET FREE LEGAL SERVICES IN OGUN# 2021-04-02
Idowu Hamed