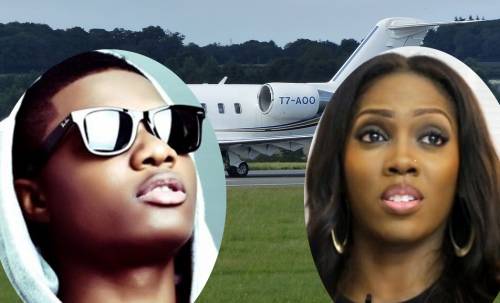 How Wizkid, Tiwa Savage Robbed On Board Private Jet While Taxiing On Lagos Airport’s Runway

Idowu Hamed December 27, 2017 NEWS Comments Off on How Wizkid, Tiwa Savage Robbed On Board Private Jet While Taxiing On Lagos Airport’s Runway 296 Views

A private jet carrying two top Nigerian musical artistes, Ayodeji Ibrahim Balogun aka “Wizkid” and Tiwa Savage from Uyo, the capital of Akwa Ibom state was attacked and robbed on the night of Tuesday December 26, 2017 while taxiing on Lagos airport’s runway 18L.
The Bombardier Challenger 605 jet with registration number T7-A00 arrived Lagos from Uyo about 8:33 pm and was slowly taxiing to the arrival hangar when the cargo compartment was burgled.
The jet slowed to allow an Ethiopian Airline cargo plane with registration number ET-ARH to push back for take off. The pilot, Captain Cloud Cote noticed the cargo door had been opened by burglars and promptly notified Federal Airports Authority of Nigeria (FAAN) security, but the burglars had disappeared before FAAN officials could make it to the point where the attack took place.
Upon arrival at Quits Aviation Center, a private jet hangar, the pilot discovered that two bags belonging to Ms. Savage and Wizkid had been stolen by the airport bandits.
FAAN has only one escorts vehicle for arriving and departing aircrafts for the entire airport which handles at least 200 flights daily. 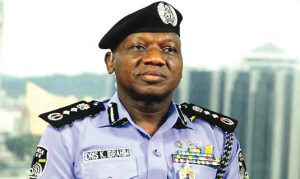 On December 16, 2017, SaharaReporters had revealed that a Vistajet jet with the registration number 9H-VFA operated by Evergreen Apple Nigeria (EAN) Ltd was robbed on December 12, 2017, on the runway was 18R of the airport by unknown bandits when taxiing to the hangar of EAN.
The jet was arriving from Istanbul between 2110-2130hrs the robbery took place after landing in Lagos. A black bag belonging to a flight attendant was also stolen from the incident.
Sources close to Wizkid confirmed the incident to SaharaReporters, while Ms. Savage took to social media to vent her frustration.