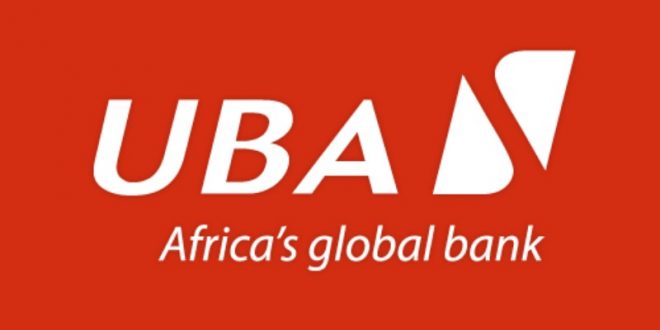 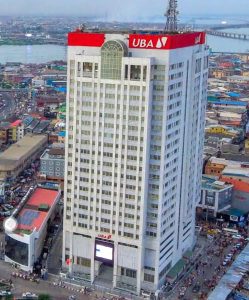 LAGOS – The Banker Magazine, a leading global finance news publication being published by Financial Times of London has named six subsidiaries of the Pan African financial institution, United Bank for Africa (UBA) Plc as ‘Bank of the Year 2020’.

This award, it was scooped is in recognition of UBA’s obvious acceptance of its brand and role in facilitating economic development across Africa.

It will be recalled that for the second year running, UBA’s multiple initiatives which include its investment in digital technology, adherence to world-class customer services offerings and financing critical projects have been recognised by the organisers of the world’s leading award in finance, as UBA Benin, UBA Cote D’Ivoire, UBA Chad, UBA Liberia, UBA Sierra Leone and UBA Zambia emerged best bank in their respective countries.

The 2020 edition of the awards ceremony was held virtually on Wednesday, December 2, 2020, and the exceptional win makes it the second time ever in the history of the banker awards, that any banking group will be clinching as many as six wins in the same year.

The Bank made history with the same number of awards in the 2019 edition of the Banker’s awards.

John Everington, Middle East and Africa Editor for The Banker, explained that a rigorous and highly analytical process is made to reach each Bank of the Year decision and the institution’s reputation for independence, authority and integrity is applied to each submission.

“More banks apply for the Bank of the Year Awards than any other similar process and our access to data on each bank and our focus on transformation, inclusion and diversity in the industry is well known. Winning Bank of the Year, this year more than any other, is an opportunity for your Bank to position itself as playing a key role in what the future holds and building towards a recovery in economies in 120 countries worldwide,” Everington said.

Oliver Alawuba, CEO, UBA Africa, expressed delight over the recognition from The Banker stated “The recognitions come as a reassurance that we are on track in consolidating our leadership position in Africa, as we continue to create superior value for all our stakeholders.”

He said, “Following the multiple awards won by UBA Group and five of our subsidiaries in 2019, this year’s award is another testament of our hard work and increasing effort by the UBA Group to impact the African continent, positively.

“This award comes at a very auspicious time due to the Covid-19 global pandemic but the UBA Group has been able to stand strong and resilient in its mandate of delivering excellent financial services to over 21 million customers, across 23 countries of operations.”

Alawuba dedicated the awards to the over 20,000 staff of bank, adding, “we believe that this award will spur us on in our renewed commitment to exceed customers’ expectation, always.”

Since 1926, the Bank of the Year awards has been celebrating the best of global banking and is regarded as the industry standard for banking excellence and the 2020 edition highlights those institutions that have outshone their peers in terms of performance, strategic initiatives and response to the Covid-19 pandemic.

The Banker Magazine which is the definitive reference in international banking for high level decision makers a publication of the Financial Times is a leading global finance news publication which has been in existence since 1888.

With presence in the United States of America, the United Kingdom and France, UBA is connecting people and businesses across Africa through retail; commercial and corporate banking; innovative cross-border payments and remittances; trade finance and ancillary banking services