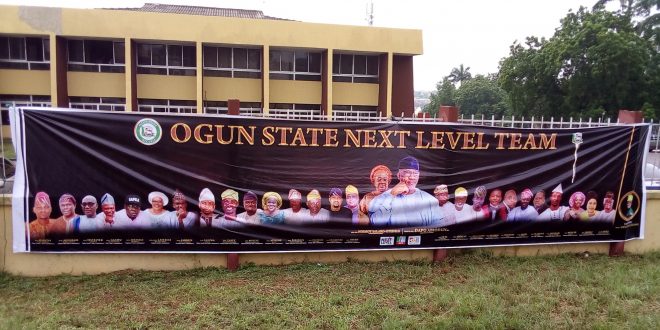 It was jubilation galore for the former House of Assembly Deputy Speaker, Hon. Kunle Oluomo as he emerged Speaker of the Ninth Assembly on Monday June 10, 2019.

Oluomo was elected during the inauguration of the newly elected members of the House at the State House of Assembly Complex, Oke- Mosan, Abeokuta, the State capital.

He won the Assembly’s number one seat unopposed as his only rival, Hon. Elemide Oludaisi who is representing Odeda Constituency withdrew from the race at the last minute.

Oluomo, an ardent member of the All Progressives Congress (APC) was elected the new Speaker by all the 26 members of the Assembly.

It would be recalled that he was a die-hard loyalist of the immediate past Governor Ibikunle Amosun, but later had a loggerhead which separated both of them.

Dare Kadiri also a member of the APC from Ijebu North II (Ifelodun) constituency was elected as the Assembly’s Deputy Speaker.

He was the sole nominee for the seat and was also adopted by all the members of the assembly.