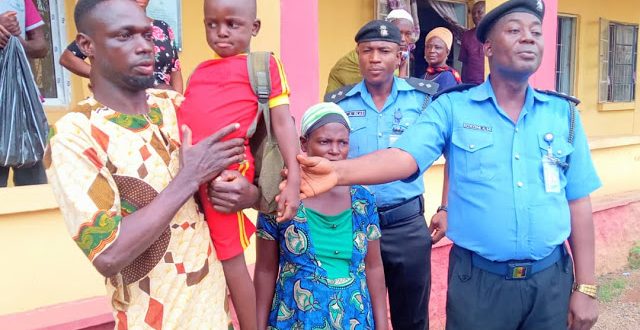 The Ogun State Police Command has arrested a three gang syndicate who specializes in stealing children from unsuspecting parents.

Members of the syndicate were found to have succeeded in stealing eight children from different locations across Ogun State and sold them to their prospective buyers in Anambra State.

The syndicate’s mode of operation entails using two of their members to disguise as couple looking for an apartment to rent, most especially in a place where the target children reside.

According to the Police Public Relations Officer in Ogun state, Abimbola Oyeyemi while parading the suspects before newsmen on Wednesday in Abeokuta, said the manhunt launched for members of the syndicate led to the arrest of the three.