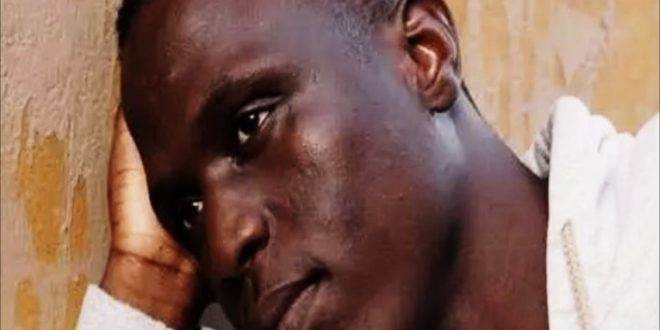 Idowu Hamed July 5, 2020 HEADLINE, NEWS Comments Off on How Man Sold Kidney To Take Care Of Family Who Now Abandoned Him To His Failing Health 116 Views

A frustrated Nigerian – Ben Attah has cried out on social media claiming his family has abandoned him after selling his kidney to take care of them.

In a report sighted on Naijapledge.com, Ben Attah sold his kidney in Malaysia where he was hustling in order to be able to provide for his family.

Attah lamented that after his deportation to Nigeria following a health malfunction, his own family has abandoned him to his fate because he was no longer putting food on the table.

Hear his story, “I am dying here but my family members have abandoned me after all I did for them.

I am really suffering and depending on a few friends, while my brothers are reaping off my sweat, despite knowing that all they are enjoying now came from me.

I am the first child of my parents and I really wanted to lift my family out of poverty because my father had nothing to take care of us.

After my secondary school, I came to Lagos to hustle. I did practically anything that came my way to survive and still send something back home.

I worked on construction sites, hawked in traffic, became a conductor, a driver, a security man, and did all sorts of odd jobs to make ends meet.

I even tried my hands on Internet fraud, all to no avail. That was when a friend sold the idea of traveling to Malaysia to sell my kidney.

He told me that many young men, including his own brother, were doing it and if I wanted to make quick money, I should take that option.

I mulled over this for a while and in the end, I agreed to take that route because I was tired of suffering and struggling.

The guy helped me to get the contact of his brother who was in Malaysia and I gathered money and got a Schengen visa, with which I traveled to Malaysia.

After settling down, my friend’s brother introduced me to some Asians who needed a kidney, and that was how I sold my kidney for about N2 million.

After the operation and when I became well enough, I started hustling to make something of my stay there.

I sent money to my brothers back home and instructed them to build a house for me. Any money I made in the Asian country, I would send to them and told them to set up a business that I could come back to.

I particularly told them to start a transport business and sent them money to buy some buses and use for interstate transportation.

Little did I know that my brothers did not utilize the money I sent to them for the house and the business.

Instead, they were busy squandering the money on women, drinking and living ostentatious lives at my expense.

Being an illegal immigrant in Malaysia is a very difficult situation because you have to be underground to avoid being arrested by their police.

But my luck ran out one day when the police raided our apartment and arrested three of us while others managed to escape.

After spending some weeks in their prison, the three of us were deported without allowing us to pick anything.

I was not too worried because I thought I had something to fall back to when I get back to Nigeria.

But I was shocked when I got back and found out that my brothers did not use the money I sent to them to do anything. They had been spending my money without thinking of me out there.

When I confronted them, my immediate younger brother threatened to deal with me diabolically.

I was ready to fight them to a standstill but other family members intervened and begged me to let go of the past and forge ahead.

I took the advice and came back to Lagos where I started living with friends and tried to get back my life.

But last year, I fell and when I went for a test in a hospital, I was told that my other kidney was failing and I needed a transplant to save my life.

I reached out to my brothers and asked them for help but none of them has been forthcoming as they keep telling me they had no money to give to me.

I ran from pillar to post, seeking help from friends and family members but few of them would come through for me.

As we speak, I am dying slowly but the same people I sold my kidney to help have turned their backs on me.

It is only God that will judge us and if I ever did anything wrong to my brothers, the Almighty would be the ultimate arbiter.”