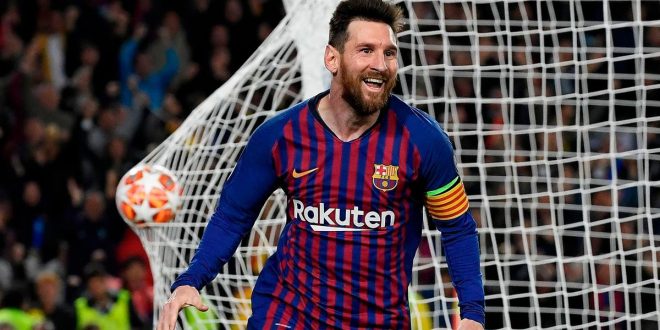 StarTrend May 2, 2019 SPORT Comments Off on How Lionel Messi Scores 600th Goal That Earns Barcelona Victory Over Liverpool 53 Views

Lionel Messi scored his 600th career goal in club competition during Barcelona’s 3-0 win against Liverpool in the Champions League.

Messi was sitting on 598 goals coming into the semifinal first leg against Jurgen Klopp’s side, but two second-half goals, including a world-class free kick for his second, saw him reach the 600 goal mark.

The Argentina international reached the milestone just days after Cristiano Ronaldo scored his 600th career club goal in Juventus’ match against Inter Milan on Saturday. However, Messi reached the 600-goal mark in 683 games while it took Ronaldo 799 games.

The goal comes 14 years to the day after Messi scored his first for Barcelona — the only club he has ever played for professionally — with 417 of them coming in La Liga, 112 in the Champions League, 50 in the Copa del Rey, 13 in the Spanish Super Cup, five in the Club World Cup and three in the UEFA Super Cup.

Messi has scored 12 goals in the Champions League this season, which ties him for his second-most prolific UCL campaign behind the 2011-12 season when he scored 14.

Over the course of his career, Messi has accounted for 34.7% of Barcelona’s goals in games in which he has played, accounting for 600 of the club’s 1,730 across all competitions.

The win against Liverpool puts Barca in the driver’s seat to reach the Champions League final as they take a three-goal advantage into the second leg on May 7 at Anfield. 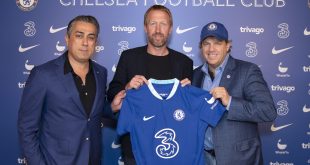 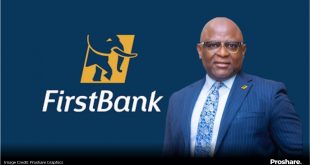 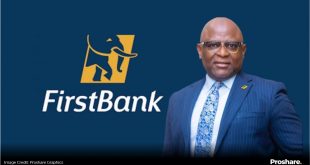