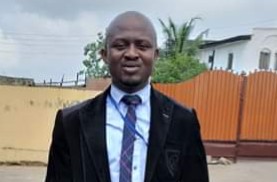 OGUN STATE: Shock gripped the media industry as a staff of Nigerian Television Authority (NTA), Abiodun Adenuga was abducted by gunmen at his Aiyepe residence in Odogbolu local government area of Ogun state.

Sources who are family members of the victim told our reporter that Adenuga was abducted around 10pm on Tuesday November 12, 2019 at his residence when the gunmen held him at gunpoint and whisked him away.

Until his abduction, Adenuga was a staff of NTA Ijebu-Ode office, an office he was said to have left to his Aiyepe hometown on the day the incident occurred.

According to the family sources, the abductors had demanded a ransom of N15 million for his release.

He stated that the abductors had opened negotiations with the members of the family and had refused to reduced the ransom.

Oyeyemi noted that the police were doing all the needful to ensure that the person was rescued .

Publisher and Editor in Chief - Magazine and Online Tel: 08038525526 - 08023339764 - 08055657329 Email: startrendinter@gmail.com
Previous Every Strategic Roads In Ogun Will Be Touched – OGPWA
Next Oba Olugbenle Says, Oronna Celebration Is A Unifying Socio-Cultural Event Of Ilaro People As Abiodun, Yayi, Odebiyi, Kashamu, Others To Honour Event