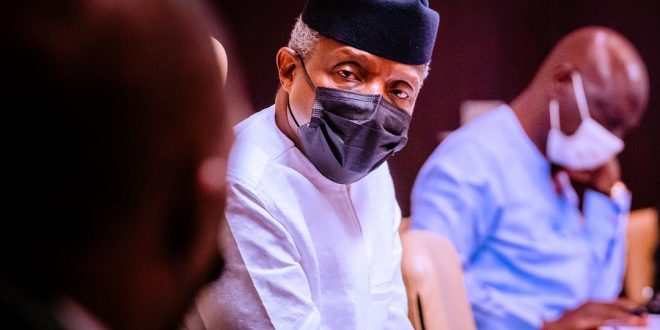 HOW FG WILL TAX PROFITS MADE BY GLOBAL TECH, DIGITAL GIANTS IN NIGERIA – OSINBAJO

Idowu Hamed June 27, 2021 HEADLINE, NEWS Comments Off on HOW FG WILL TAX PROFITS MADE BY GLOBAL TECH, DIGITAL GIANTS IN NIGERIA – OSINBAJO 62 Views 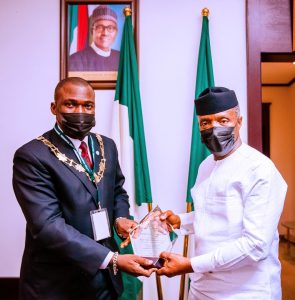 ABUJA – Vice President Yemi Osinbajo, SAN, has said that Nigeria is set to utilize its legal provisions that empower the Federal Government to collect taxes on profits made in the country by global technology and digital firms not based in the country, but with significant economic presence here.

According to a release e-signed and made available to StarTrend Int’l & online – www.startrendinternational.com by Laolu Akande, Senior Special Assistant to the President on Media & Publicity, Office of the Vice President, Osinbajo hinted at these issues and others while interacting with a delegation of the Chartered Institute of Taxation of Nigeria, CITN, led by its President, Mr Adesina Adedayo who visited him at the Presidential Villa on Friday, June 26, 2021.

He nited that while the Federal Government will not be raising tax rates at this time, based on the Finance Act 2019, it is already empowered to widen the tax net, including by collecting taxes on the Nigerian income of global tech giants with significant economic presence here, even if they have not established an office or permanent establishment and are currently not paying taxes in Nigeria.

In this regard, he said, “Section 4 of the Finance Act 2019, provides that “the Minister (Finance) may by order (of the President) determine what constitutes the significant economic presence of a company other than a Nigerian company.” 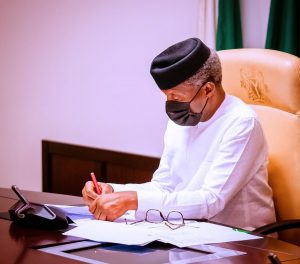 According to Prof. Osinbajo, “we have had severe economic downturns which of course implies that we may not be able to collect taxes with the aggressiveness that would ordinarily be expected.

“I think the most important thing is that we must widen our tax net so that more people who are eligible to pay tax are paying. Several efforts have been made, and I am sure you are aware of the initiatives including the Voluntary Assets and Income Declaration Scheme (VAIDS) which was also an attempt to bring more people into the tax net, including those who have foreign assets.”

Continuing, the VP said “we have also recently taken a step with respect to a lot of the technology companies that are not represented here but who do huge volumes of business here.

“The Finance Act has shown that we are very prepared to ensure that these big technology companies do not escape without paying their fair share of taxation in Nigeria. Many of them do incredible volumes here in Nigeria and in several other parts of the region.

“We have drawn up the regulations and we are prepared to go, and I think that we are at least in a good place to tap into some of the tax resources we can get from some of these companies.” 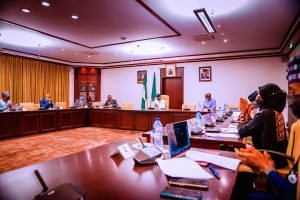 Indeed, besides the FG, a recent Bloomberg news article reported that “Governments around the world are grappling with how to modernize their legal frameworks to account for the global reach of the digital economy, reshaping how policymakers think about issues as varied as monopoly power, taxation and workers’ rights.”

Also, international talks are currently ongoing in Paris on global standard rules for governments to receive taxes from such digital and technology firms with significant economic presence in foreign countries.

In Nigeria, according to the Finance Act 2019, a company will pay taxes if it “transmits, emits or receives signals, sounds, messages, images or data of any kind by cable, radio, electromagnetic systems, or any other electronic or wireless apparatus to Nigeria in respect of any activity, including electronic commerce, application store, high-frequency trading, electronic data storage, online adverts, participative network platform, online payments and so on, to the extent that the company has significant economic presence in Nigeria and profit can be attributable to such activity.

“If the trade or business comprises the furnishing of technical, management, consultancy or professional services outside of Nigeria to a person resident in Nigeria to the extent that the company has significant economic presence in Nigeria” 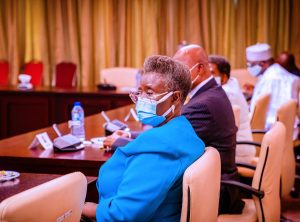 Speaking further, Prof. Osinbajo noted that while the Federal Government has no plans to raise taxes now, there are those who argue that “our tax rates are too low, comparing us to other places in the region where the rates are much higher.”

“So we have had to balance all of these issues because clearly, higher tax rates can be a disincentive to businesses and investments. In terms of domestic resource mobilization, we are trying to do the best we can given the present circumstances and I believe that there is room for improvement.”

Actually, under the Finance Act 2019, the Buhari administration has reduced taxes for small companies – companies with less than N25 million in annual turnover are charged Zero Company Income Tax, CIT. Also CIT for Companies with revenues between N25 and N100m (described in the Act as “medium-sized” companies) has been reduced from 30% to 20%. Besides, Nigerians making minimum wage income are not to pay tax at all.

Under the 2020 Finance Act there is also an exemption of small companies from payment of education tax under the Tertiary Education Trust fund (TETFUND)-meaning companies with less than N25m turnover are eligible
Similarly, there is a 50% per cent reduction in minimum tax; from 0.5 per cent to 0.25 per cent for gross turnover for financial years ending between January 1st, 2020 and December 31st, 2021

INTERACTION ON OTHER ISSUES
Welcoming the delegation, the Vice President emphasized the need for regular interaction between the council and government to address issues bothering on tax legislation, noting that “there is need for continuous engagement with the National Assembly because engagement with government cannot be a one-off thing.” 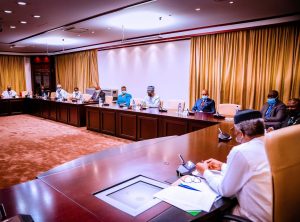 Prof. Osinbajo added that the Federal Government has over the past few years, initiated programmes aimed at improving the growth of small businesses including the formalization of many of them. Under the Economic Sustainability Plan (ESP), there is a formalization of 250,000 businesses.

He said the ongoing MSME Week has encouraged many businesses to register with regulatory authorities in order for them to benefit from the numerous programmes earmarked by the government for their growth.

Earlier in his remarks, the President of CITN, Mr Adesina Adedayo, commended the leadership of the Vice President in the implementation of key government interventions in the economy, stating that “we acknowledge your great zeal and commitment to Nigeria project.”

He said the visit became necessary given the enormous work the Buhari administration has done towards addressing the huge fiscal challenges in the polity, public financing reforms, and sustained efforts towards addressing infrastructural deficit across the country.

His words: “the Nigerian Economic Sustainability Plan (NESP) and other measures implemented was a right response to the challenges posed by COVID-19 pandemic and were largely instrumental to creating buffers for the government at all levels in withstanding the pressures and waves created during the peak period and the aftermath of COVID-19. 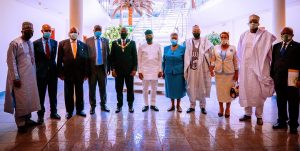 “It is important that we sustain measures already being implemented to improve tax collection at all levels.”