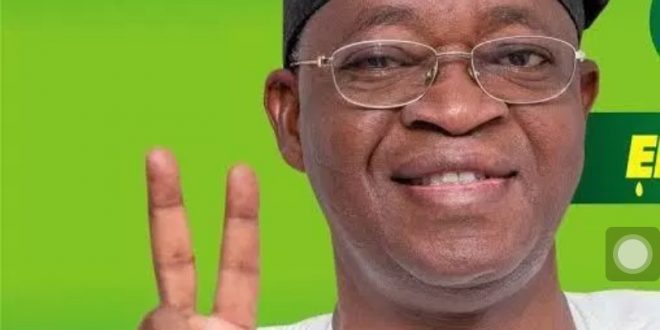 The Court of Appeal sitting in Abuja on Thursday set aside the judgement of the Osun State Governorship Election Tribunal which nullified the victory of Governor Gboyega Oyetola.

Delivering the lead judgement according to Channels TV report, Justice Hannatu Sankey set aside the entire proceedings of the Tribunal because of its “faulty composition”.

She added that ordinarily the matter should be returned to the lower Tribunal but because it was a post-election matter where time cannot be expanded or elongated, the court cannot make an order of retrial.

Justice Sankey also resolved the remaining 11 issues in the appeal in favour of the appellant who is the Osun State governor.

According to her, the petitioner did not prove beyond reasonable doubt that there was substantial non-compliance to the Electoral Act by the absence of the ballot paper records.

The judge, therefore, set aside the judgment of the Osun State Governorship Election Tribunal delivered on March 22, returning Senator Ademola Adeleke as the governor of Osun State.

The judgement was upheld by four of the five justices of the panel.

While there were four majority judgements upholding the appeal of Governor Oyetola, while Justice George Mbanmba gave a dissenting judgement.

The majority judgment was on the ground that the lead judgment of the Tribunal was delivered by Justice Peter Obiora who did not participate fully in the proceedings of the Tribunal.

However, Justice Mbanmba said the allegation that Justice Obiora did not attend all the sessions of the Tribunal was a mere hear say.

He explained that the records of court indicated that the judge did participate in the hearing because he signed at the beginnings of the days’ proceedings.

Justice Mbanmba, thereafter, dismissed Governor Oyetola’s appeal with a cost of N200,000 against the appellant.