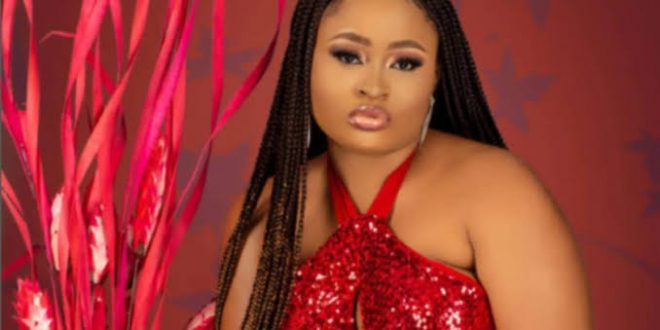 Idowu Hamed 4 weeks ago EDUCATION, ENTERTAINMENT, HEADLINE, NEWS Comments Off on How Amaka Was Evicted From BB Naija 44 Views

LAGOS – One of the outspoken members of the celebrated Big Brother House, Amaka was evicted on Monday, August 29, 2022.

Shortly after the HOH games, Biggie called all housemates into the diary room and asked each housemate to nominate two housemates for immediate possible eviction.

Biggie later called all housemates to the arena and revealed the latest person to be shown the exit door.

However, Biggie’s punch fell on Amaka who spent the day romancing, apologizing, and eulogizing “the microwave” which was a punishment for misusing the appliance.

She was earlier issued a strike on Sunday, August 28, 2022 for mishandling the microphone numerous times.

As the “Al-Jazeera of the house”, the 7th housemate to exit the competition, was being consoled by other housemates, Amaka bursted into tears.

The sudden and surprised eviction by Biggie made other housemates emotional as they weren’t expecting the immediate nomination/eviction process.

She said on her way out on the count of 10, “it was nice meeting you all, I love you all ”

Anyways, one housemate had to leave and Amaka was been evicted from Biggie’s house.

All housemates (except HOH Dotun) are up for this week’s possible eviction.

Tags How Amaka Was Evicted From BB Naija#