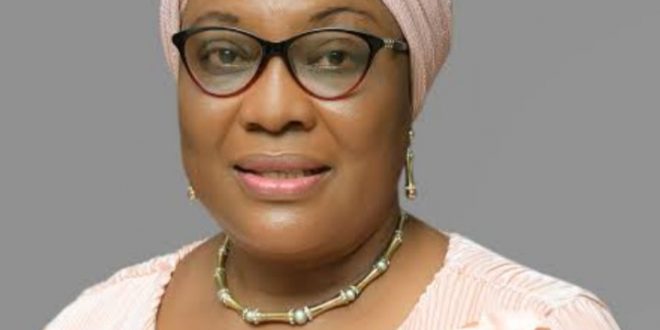 ABEOKUTA – The excellent roles and contributions of  social workers and frontline workers at ensuring the wellfare and well being of the people of Ogun State has been identified as a major factor in the success recorded by the present administration of Prince Dapo Abiodun led administration.
The State Head of Service Alhaja Selimot Ottun made this known at the 2021 World Social Work Day, held at the Neuro-Phsychiatric Hospital, Aro, Abeokuta, with the theme, “Ubuntu: I Am Because We Are”.
Alhaja Ottun, who was represented by the Director of Social Welfare Services, Ministry of Women Affairs and Social Development, Mr. Kehinde Egbeolowo noted that, the importance and contributions of the social workers towards maintaining socio-economic development and stability in the state cannot be over-emphasized.
“It is evident by the available records, that the association has continued to create avenues for regular discharege of their duties and never cease to provide viable services towards continuous developments of our dear state”, Ottun said.
Speaking on the concept of the theme, “Ubuntu”, Ottun emphasized that, every individual is interconnected to his environment and his survival is relatively dependent on the society he lives in and the achievement of one person depends on the strength of another.
The Head of Service, however called on the social workers  to remain committed to the ethics of their profession of being the voice to the voiceless, giving hope to the people, and thier commitmment to their protection.
In his welcome address, Ogun State Chairman of Socal workers, Prince Adesina Adetoye, Director, Rehabilitation Services Department, Ministry of Women Affairs and Social Development noted that, the social worker is a profession founded on a noble purpose that is aimed at enhancing overall well being of communities and the people.
According to Adesina, “the theme is in line with the concept and philosophy that align with the ethics of social work itself. It reinforces the importance of global solidarity and cooperation as a profession”
He noted that the day was celebrated to recognise the hard work and dedication of social workers, as well as to encourage them for more support, cooperation and collaboration, particularly the Ogun State Chapter of the Association.
In their separate goodwill messages, the National Secretary, Social Worker, Dr. Olagunju Balogun, the Provost/Medical diyrector, Neuro Psychiatric Hospital, Aro, Abeokuta, represented by the Director, Clinical Services, Dr. Lucky Onofa and the Comptroller,  Nigeria Correctional Services, represented by the Assistant Comptroller, Mr. James Ogunmoyede said, human beings are interrelated, interwoven and interconnected which means man cannot exist in isolation.

They added that, the theme  means humanity and I, I am because I am means we place ourselves on others for survival, adding that, for social workers to be successful in their duties they must have respect for others irrespective of their status.

The Guest Lecturer, a seasoned social worker, Mrs. Dare Jonathan Joyce said every social worker must not only be compassionate, but must act, they should be the change everyone desires in the world  not forgetting that  they are the voice to the voiceless and the vulnerable.
According to the Guest Lecturer, “there is need for enlightenment, seminars in churches, mosques and markets in order to promote solidarity in the nation and for solidarity to work in our nation.
“There is need to start the crusade of togetherness, oneness and love from our immediate environment because of the concept of ‘Ubuntu’, we depend on ourselves for survival”, Joyce said.
HOS Lauds Nigeria Association of Social Workers# 2021-04-02
Idowu Hamed