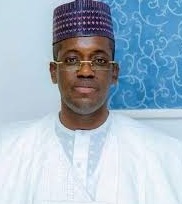 Hon. Mansur Manu Soro, representing Ganjuwa/Darazo Federal Constituency, Bauchi State has called for collective support from his colleagues to ameliorate the effects on the ordinary people.

Rep. Soro was of the opinion that as Nigeria faces the threat of total lock-down as a result of the ravaging coronavirus disease, saying he wants his colleagues to contribute N1m each to buy ventilators and other medical consumables needed to fight and treat victims of the coronavirus disease.

Soro said that the contribution will help procure ventilators that are needed to keep people attacked by the virus alive by delivering oxygen to them. The lawmaker noted that if his colleagues contribute N1m each, the N360m raised could buy many ventilators. He said a ventilator cost about N9.5m.

“Sacrifice epitomizes leadership. I wish to humbly call on my colleagues, members of the House of Representatives, let’s sacrifice our March 2020 salary and allowances to contribute N1 million each to procure ventilators,” he said.

Hon. Soro added that, when procured, the ventilators would be distributed to public hospitals in the 36 states and FCT.

On his part, Rep. Solomon Maren (PDP, Plateau) said the Economic Stimulus Bill 2020 passed by the House as well as the motion to provide palliative measures are meant to serve all Nigerians.

Rep. Maren said the bill, as well as the motion, are all-encompassing for all Nigerians as it considered the economic challenges posed by the virus which had a devastating economic effect on the country.