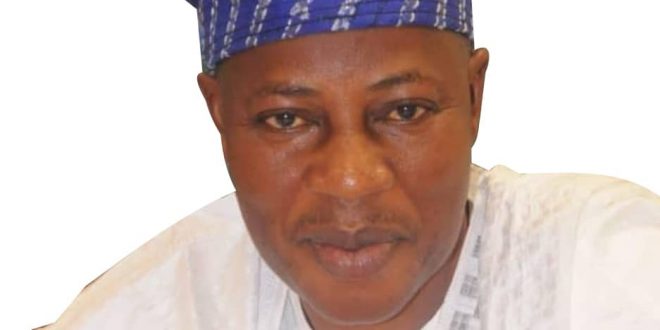 ABUJA: Honourable Olaifa Jimoh Aremu (OJA) representing Egbado North/Imeko Afon Federal Constituency at the House of Representatives, Abuja has condemned the face-off between men of the Nigeria Customs Service Strike Team and the Residents of Imasayi community of Yewa North Local Government Area of the State.

According to a press release e-signed and made availabile to StarTrend Int’l magazine & www.startrendinternational.com by Wale JUNAID, Senior Legislative Aide to Hon. Olaifa Jimoh , Aremu (OJA), Egbado North/Imeko Afon Federal Constituency, Olaifa expressed concerns while reaching out to the relevant stakeholders like the State Director of the Department of State Services (DSS), Senator representing Ogun West Senatorial District, Senator Tolu Odebiyi, Traditional rulers, Community leaders and top hierarchy of Customs and Nigeria military in a bid to device immediate approach that will stem the reported sad case of near butchery, retaliations and other follow up action akin to genocide between the Nigeria Customs and the enraged youths in Imasayi community.

While also sounding a note of caution to both parties, Hon. Olaifa said “the truth of this matter is that, there was no justification for either the brazen overzealousness on the part of men of Nigeria Customs or the killing of a uniform Officer by the irate residents as well as the follow up retaliation siege on the community; all these are condemnable.”

“All parties involved have not done well in the circumstances of their reported actions but in the interest of peace and wellbeing of the community and its environs, I plead for restraint and ceasefire.”
“In conclusion, I commiserate with the Strike Force on the loss of one of their officers during the mayhem as I pray that no further casualty on either side is reported again and I also assure the authority that Imasayi is a known peaceful town and this skirmish will definitely become a thing of non-repeated past”.