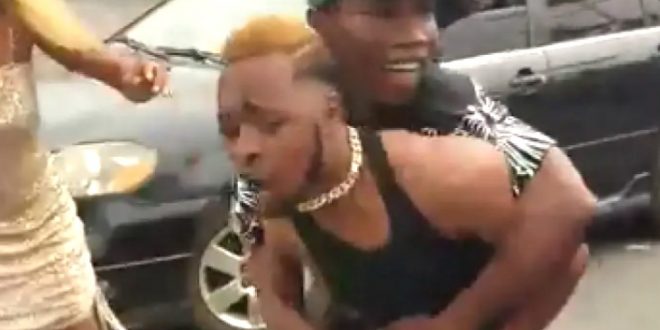 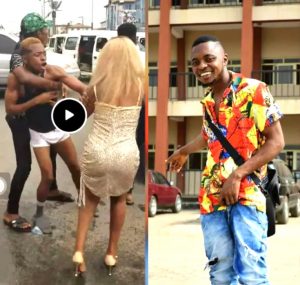 A 17year-old Nekede boy who was identified as Desmond Junior on Facebook that recently ran down from the car shouting and screaming, “I don’t want your money again”, and his girlfriend and others tried as much as she could to hold him and put him back in the car, was a fake mad guy.

The guy whose grid friend effort was void, and later some men helped her to hold him because he was already removing everything he was putting on however stated that he wasn’t mad, adding that he is save and fine that his friend should not worry about him.

However wuhat suprised observers of the scene was that friends of this guy didn’t say anything for doing such an expensive joke, but they were probably minding their business. 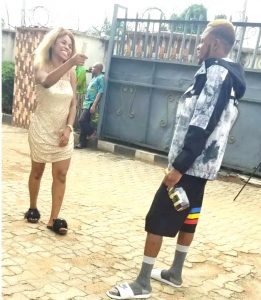 Recall, the young lady who faked to be mad during her engagement some years back, only trended just for 2days and ended.

Observers were of the opinion that even if these guys that faked to be mad trended, but it would just be for some days, saying one can make it in line of comedy without faking all of that madness stuffs.

“This is another fake news that not supposed to be, remember you have parents and they might be watching you”, they posited.

It has now becomes a trend in Nigeria to fake madness apparently to deceive people. 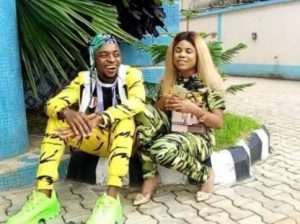