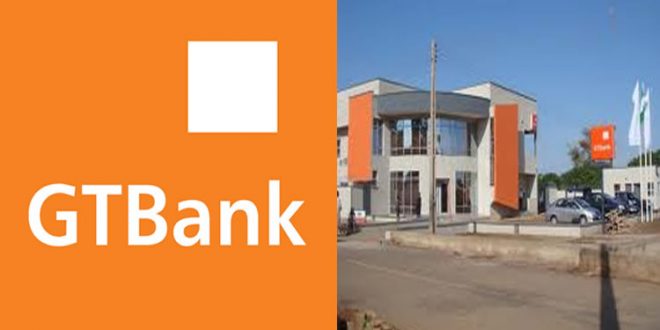 Nigeria’s Guaranty Trust Bank’s (GTBank) offer to repurchase its $400 million six percent notes due 2018 has recorded 30.77 per cent success as only $123.066 million in aggregate principal amount of the offer was validly tendered before the deadline.
In a notice released to the Nigerian Stock Exchange (NSE), the bank indicated that it still has $276.934 as outstanding principal of the notes following the result of the offer.
“According to information provided by Lucid Issuer Service Limited (the tender agent) for the offer, $123.066 million in aggregate principal amount of the securities were validly tendered before the expiration deadline and not withdrawn.
“The outstanding principal amount following the offer is $276.934 million”, the notice stated, adding that no securities were tendered through the guaranteed delivery procedures described in the tender offer memorandum.
The bank informed that the settlement date for the offer was Thursday, October 5, 2017, just as it said it retains the services of Lucid Issuer Service Limited as tender agent and Exotix Partners LLP, J.P. Morgan Securities Plc. and Morgan Stanley & Co International Plc. as dealer managers in connection with the offer.
GTBank had on September 25, 2017 launched an invitation to holders of its $400 million 6 per cent notes due 2018, to tender all or any of the notes in exchange for cash.
It said the extent to which the goal could be achieved through the offer will depend on the number of the Notes that would be tendered in the offer, given the voluntary nature of the offer, and that Notes purchased during the offer will be cancelled.
According to the notice, the bank launched the offer in order to efficiently manage its debt. The bank may have decided to purchase the notes in order to take advantage of the current dollar liquidity.
The Central Bank of Nigeria (CBN) has relaxed restrictions in its FX policy, which were imposed last year due to increasing oil prices and a recovery of lost crude oil production volumes.
A crash in crude oil prices and production volumes, lead to a sharp devaluation of the naira against the dollar and a foreign exchange crisis.
the Board of Directors of Guaranty Trust Bank Plc (“GTBank”) has approved the appointment of Mrs. Victoria Osondu Adefala as an Independent Non-Executive Director of GTBank.
Mrs. Adefala is a seasoned professional with over twenty-four (24) years’ work experience which cuts across the Financial, Manufacturing and Transportation Industry as well as the Legal profession, having worked with African Chamber of Commerce, Houston, Texas, Michelin Nigeria Limited and Alstom Nigeria.
She was the Country President & Managing Director of Alstom Nigeria up till 2016, when she set up the WHITGIFT Law firm, where she is the Managing Partner. She has served on the board of other reputable companies.
The approval of the Central Bank of Nigeria has been received for the said appointment.