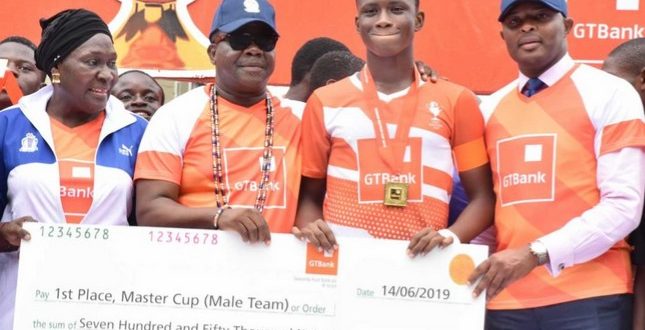 In the final of the competition, which is an offshoot of the GTBank-Lagos State Principals Cup, Kings College defeated Anwar-Ul-Islam Model College, Agege 5-4 on penalties to cart away this year’s title.

Fans of the schools and other football lovers, who defied the torrential downpour to watch the game were hampered by the flooded pitch of the stadium.

According to spectators at the event, Anwar-Ul-Islam was the better team in the first half, but they paid for their inability to utilise several scoring chances they had to seal up the match.

The second half was in no way better as the rain persisted and distorted the flow of the game. What would have been the winner in the last minute of the game was wasted by Kings College and the match had to be decided by penalty shoot bouts.

While Kings College scored all their five kicks, Anwar-Ul-Islam missed one to hand the cup to the Island boys for the first time in the competition.

It will be recalled that in their journey to the final, Kings College beat Whitesands School 4-1 in the semifinals, while Anwar-Ul-Islam sacked CSM Grammar School, Bariga.