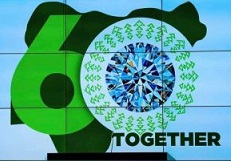 IBADAN – A coalition of Yoruba group in the Diaspora, Yoruba One Voice (YOV), has alleged plot by a popular Lagos politician to disrupt a peaceful protest by the group slated for Thursday, October 1, 2020.

A statement signed by the group’s spokesperson, Zacheaus Somorin claimed the politician plans to sponsor miscreants to disrupt the peaceful protest.

The group claimed information from its sources revealed that each of the 500 hoodlums would be given N5, 000 each to carry out the task.

“The Nigerian-state is preponderant with nepotism – a centrally minded and clannish leader. This is evident in the Katsina State’s situation where 22 federal projects are actively going on, including refineries,” the statement read in part.