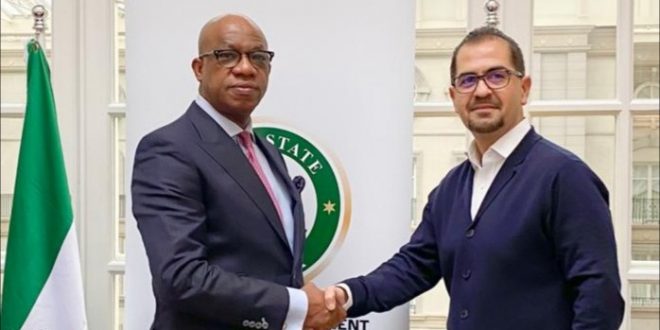 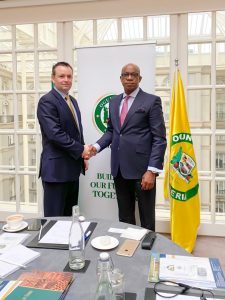 LONDON: The Ogun State Governor, Prince Dapo Abiodun has met with Executives of six UK-based companies in a bid to pull investments into the State.

According to a press release e-signed and made availabile to StarTrend Int’l magazine & www.startrendinternational.com by S.F. Ojo, SA Media to the Governor, Abiodun, who is attending the UK-Africa Investment Summit 2020 in London, had promised to represent the interests of the people of Ogun State, both at the Summit and on the sidelines.

The Summit, facilitated by the UK Department of International Trade under the Investment Promotion Programme, is a platform that avails participating countries the opportunity to establish a new phase of partnerships on investments and mutually beneficial economic prosperity.

The Governor, on Tuesday, January 21, 2020, had an assessment tour of the UK manufacturing and agroprocessing headquarters of Alvan Blanch.

Alvan Blanch specialises in the manufacturing and supply of machines used for the processing of agricultural produce and waste.
The Governor, who said Alvan Blanch had indicated interest in investing in the State, was together with his team, received by the Managing Director of Alvan Blanch, Mr Andrew Blanch.

On Wednesday, January 22, 2020, Governor Abiodun was in five other companies to meet with their Executives. 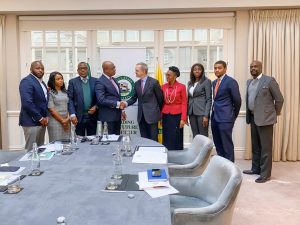 The different companies have multiple specialisations in energy, infrastructure, agriculture and agroprocessing, investment and asset management.

At United Green, the Governor was received by Rod Bassett, Director, Agriculture and Dairy and Amin Ajami, Director, Principal Investment.

United Green is a multi-interest investment company in markets, including agriculture and nutrition, real estate and technology.
The meeting was an opportunity for both parties to discuss the possibility of siting a state-of-the-art commercial dairy farm in Ogun State.

Received by the Chief Investment Officer, Chris Isaac and the CEO, Daniel Hulls, Governor Abiodun was also at AgDevCo. AgDevCo is a co-funded company that invests in the transformation of agribusiness in Africa, ensuring food security by providing growth capital and support to high-potential partners.

Seeing as Ogun State is a high-potential investee because of its ease of doing business status, location and arable land, Governor Abiodun outlined the benefits of investing in the agribusiness of the State, which is currently being locally developed back home.

Lion Head’s Global Partner, Christopher Egerton and its Directors, Olamide Edun and Fola Pedro received Governor Abiodun in a meeting with the investment Bank which operates globally across high-potential markets in financial advisory, capital raising and other investment management activities. 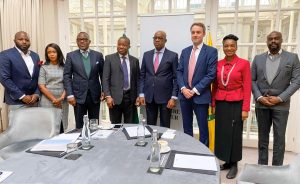 The Governor also met with Actis’ Senior Adviser, Simon Harford and Edu Okeke of Azura Power West Africa Ltd. Both companies are world-class power investments companies that have a long history of advisory and investment roles in Africa, especially Nigeria.

The companies expressed their will to explore the numerous potentials of Ogun State, considering amongst other things the State’s proximity to Lagos where they had previously remarkably invested.