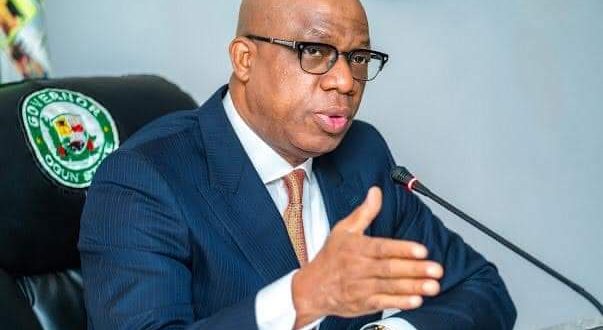 In my last column of 13th November 2020 titled “Dapo Abiodun running modern government with outmoded approach”. I impenitently and without any apology accused and reprimanded the Ogun state governor Mr. Dapo Abiodun of profligacy and raising a government of acute wastage syndrome. This I inferred from his expanding and needless over-bloated kitchen cabinet that is sectionally monolithic and mainly nepotistic. Therein, I advised him to be frugal with public spending and ensure that the cost of running government vis a vis political offices should not outweigh or be at the expense of good governance and public service delivery.

It should be clear that – government cannot exist without a body of complex political and bureaucratic structures. In essence, these structures exist for a purpose – to promote effective and efficient public service delivery, good governance and sustainable development. Thence, needless an overblown and preponderance structure that threatens its major goal.

Talk of the incessant political appointments made by Mr. Dapo Abiodun since his inception into office as the governor of Ogun state must call for serious worry and with urgent deafening caution. It was a welcome development that his administration will operate a cross partisan government. Nevertheless, crafting political offices and appointing all manner of individuals guarded by political patronage in the most bizarre and unwarranted circumstance is an unscrupulous strategy to win such endeavor.

For whatever it mean, such appointments cannot hold these rapacious politicians to him for long. Their benignity and tolerance disappears at the sight of next election. Then, they would have wield and secured more resources to renew and implement their political contestation for power – most likely against him. I have therefore in the alternative recommended that a government that is robustly and genuinely open, responsive and accountable to the people and across political parties stand a better chance of nurturing and building not necessarily a united but a cooperative and stabilized government.

The governor will by Tuesday 17th November 2020 inaugurate another legion of political appointees into different essential and inessential offices. The names of the appointees are already in the public domain and it has been greeted with rivalled reactions from different complex political divides. The political jobbers, bigoted critics and servile social media warriors – the supposedly today leaders, the Elliot’s children, have not disappointed in taking up their favorite menial and denigrated role of; “my political-father/camp-is-mightier-than-your-own”, which for all they care, government must be diminished to pettiness and public office is all about opulence and not public service.

The most hectored and bullied in this horrendous social media altercation is Mr. Gboyega Nasiru Isiaka, the Ogun state ADC gubernatorial candidate at the 2019 governorship election for which his greatest undoing according to these blighted corporate hoodlums was his acceptance to take the appointment as the Chairman of Ogun Free Trade Zone (OGUN GUADONG). These brazen and flippant tantrums testify to the misfortune political diabolism and notorious godfatherism had infested on Nigeria youths to which they have become imbecilic, blanked and ignorant of the basic features and significance of their own political environment.

In my column of 10th August 2020 titled “Birthing a New Ogun State Political Economy”. I emphasized that the proximity and interconnectedness of Lagos and Ogun state was expected to produce economic benefit to the government of Ogun state. Instead, the social, environmental and political development of Ogun state is significantly under pressure and to the economic advantage of Lagos state. In that column, I suggested that the Ogun state government should with alacrity develop aggressive holistic strategies to claim in full, the citizenship capacity; liability and productivity, of her residents.

By this, I illustrated that quite significant numbers of residents of Ogun state particularly those in the Ado/Odo-Ota local government area work and have their businesses in Lagos. They invest their economic and productive hours in Lagos which in turn boost the state internally generated revenue through taxes, tariffs and levies. They however constitute liability to the Ogun state government who incur her paltry leftover Vis a Vis borrowing to build infrastructures and social amenities for their wellbeing. I situated these category of residents as “political personalities with economic deficits” and I recommended “industrialization by invitation” which the Ogun Free Trade Zone is an inclusion; towards the breakthrough and  the birthing of sustainable development in Ogun state.

The Ogun Free Trade Zone majorly focus on the manufacturing and processing industries. These industries are mainly related to furniture, ceramics and lightweights objects and with a prospect of expanding the industry to include marketing, logistics, trading, engineering and real estate development. The zone according to statistics employ about 4000 people which shows propensity to address the despicable level of unemployment in the state with the focus of building a strong economy for the state if supervised under a competent, visionary and innovative management. It can as well promote congenial foreign relations between Nigeria and many Asian countries, notably China and perhaps expand to include other developmental purposes.

I am therefore saddened and bewildered by the level of pettiness, spitefulness and triviality that these detractors and political marauders who ravages the social media for cheap political benefits attached to such a conglomerate.

Although, several studies, pundits and commentators agreed that a fundamental source of governance and leadership crisis in Nigeria is corruption but the source of corruption remain a subject of debate. The popular understanding of corruption in Nigeria alleged the ruling class as its architect but a society of people that reward opulence, and undermine good public spirited service is nonetheless complicit of this cankerworm.  The thinking that an individual or a political personality is bigger or lesser to a certain public office is a low conception of politics. It is a bad omen that must be disarticulated if the nation must experience positive development and overhaul healing.

Conclusively, the Ogun Free Trade Zone is ostensibly one of the major assets domiciled and partly owned by the Ogun state government. It goad the capacity to improve and consolidate the governance strides of the Dapo Abiodun administration. It equally serve as a golden chance for Mr. Gboyega Nasiru Isiaka who must necessarily seize and capitalize on the call to service as a means to reproof and convince the people of Ogun state of his understanding, competence and expertise in the handling of one of the fundamental sector of the state economy.