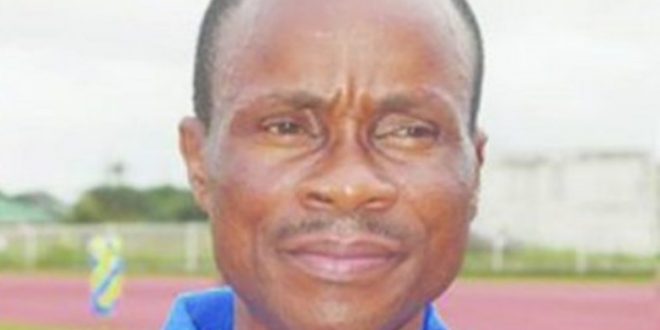 ABEOKUTA – Gateway United have condoled with the family of its former Assistant Coach and ex-Eagles defender – Yisa Sofoluwe who died late night of Tuesday, February 9, 2021.

According to a release e-signed and made available to StarTrend Int’l & online – www.startrendinternational.com by Moses Ojewumi, Media Officer, Gateway United, the ‘Dean of Defence’ who served as an Assistant Coach of Gateway United between 2011 and 2013 died of cerebral atropy shortly after Nigeria’s Sports Minister Sunday Dare promised to foot his hospital bill.

Reacting to the sad development in a condolence message, the Acting General Manager of Gateway United, Niyi Soleye extolled Sofoluwe’s virtues, describing his loss as a big vacuum which will be hard to fill.

His words, “It’s hard coming to terms with the reality of Sofoluwe’s demise. It was just too sudden. His achievements on the field of play till now is a reference point for quality defending, little wonder he was tagged ‘the Dean of Defence’. Also, his passion for the development of round leather game in Africa was so contagious, and that he displayed when he was the assistant coach of our team from 2011 to 2013.

“It’s a big blow, no doubt. Sofoluwe will always be remembered for his good deeds. Death might have come early for him at the age of 53, but his exploits in the game will continue to reverberate. I’m short of words, may the Almighty give his family the fortitude to bear the irreparable loss. Rest in peace, Yisa Sofoluwe”.

Sofoluwe who earned 40 caps for the national team was a member of the Eagles squads which reached the final of the 1984 and 1988 AFCON tournaments.