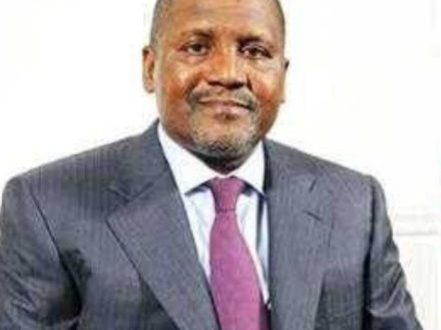 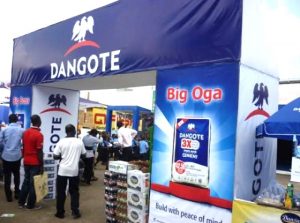 ABEOKUTA – The Pan-African Conglomerate, Dangote Industries Limited has reiterated its commitment towards partnering various tiers of Governments in the country, in building sustainable and inclusive economy for the benefit of all Nigerians.

According to a release e-signed by Mr. Anthony Chiejina, Group Chief Branding and Communication, and made available to StarTrend Int’l & online – www.startrendinternational.com by Francis Awowole-Brown of Branding and Communication Dept , Dangote Group, stated that this is just as the company announced its partnership with the Ogun State Chamber of Commerce and Industry (OGUNCCIMA) for the 10th Gateway International Trade Fair 2021, themed: “Remodeling Agriculture, Commerce and Trade Beyond Nigerian Borders With Modern Technology” who holds in Abeokuta, between April 2 and 12, 2021.

Group Chief Branding and Communication, Mr. Anthony Chiejina in a statement announcing the Company’s participation at this year’s Gateway Trade fair said the group has concluded plans to scale up investments in the Agricultural sector, in response to the ongoing public policy focus of the Federal government.

He hinted that as part of the Company’s support to the development of Agriculture sector, the 3 million ton per annum Fertilizer Plant it is currently constructing at Ibeju-Lekki axis of Lagos will be commissioned soon to boots Agricultural activities in the country.

Chiejina explained that all the subsidiaries of the company would be at the trade fair and urged members of the public to take advantage of this year’s Gateway Trade Fair to strike partnership with the Dangote Group for business opportunities.

According to him “Dangote Group has also kick-started the development of six Large Scale Rice Milling Plants in six states, which include Kano, Jigawa, Zamfara, Niger, Kebbi, and Sokoto, with a combined total milling capacity of 1.5 million per annum.

Chiejina further stated that Dangote’s growing investment in the Agricultural sector, is to complement the existing and continuing investments being made in other sectors, such as: Cement, Salt and other consumer products.

“We are also significantly involved in the Oil and Gas sector, with an on-going construction of one of the World’s Largest Petroleum Refinery. This will not only put an end to the embarrassing importation of products into our crude oil rich country, but will also significantly boost our intra-African trade position”, Chiejina posited.

He commended Federal Government’s policy, as efforts to bring Nigeria back on track, adding that such policy initiatives are necessary, if the nation is to attain sustainable economic development and poverty alleviation.

“We must also commend the leadership of OGUNCCIMA for the very apt theme of this year’s edition of the Fair: “Remodeling Agriculture, Commerce and Trade Beyond Nigerian Borders With Modern Technology.

“Clearly, given the current focus of both the Federal Government and Ogun State and indeed most other states in the country on the Agricultural Sector as the only incontestable route for the revival and sustained growth of the Nigerian Economy, there can be no more pertinent subject matter to which we should direct the attention of all the participants at this Fair.

“This is especially so in Ogun State which had in the past been recognized as the leading Agro-Industrial hub, not only in Nigeria, but indeed for the entire Southern Sahara of Africa.

“President Buhari’s insistence that we cannot expect to achieve development and modernization until we create the capacity to produce what we consume. It is only by developing our Agriculture along its various value chains that we can ensure sustainable, inclusive economic growth that create jobs for the teeming youthful population”, he reiterated.

It would be recalled that the President of OGUNCIMA, Alhaji Wasiu Olaleye had while briefing the newsmen on the fair had named Dangote Group as one of the leading sponsors which have announced that it would hit the fair in grand style with the array of its products at reasonable prices. 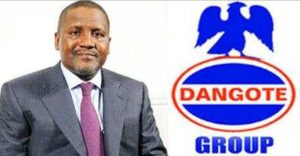 He said the Fair would serve as a catalyst for the economic growth and development of Ogun State in particular and Nigeria in general which will unleash our strong development and innovative potential.

“The Fair is an international event that will attract over two hundred people from within Ogun State, Nigeria, international participants/Exhibitors from around the world. Also top Government Officials, Businessmen, Researchers, lnvestors, all Local Governments councils, representatives of the Organized Private Sector and indeed the general public will be in attendance”, Alhaji Wasiu Olaleye stated.