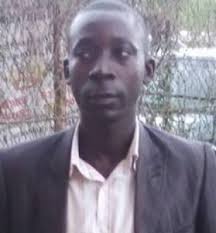 The job career of a staff of the Federal University of Agriculture, Abeokuta (FUNAAB), Ogun State has come to an end with effect from Thursday, August 17, 2017.
The university management sacked Mr. Abiodun Abolade, a Driver/Mechanic II in the Bureau of Transportation, over his arrest by the Nigeria Customs Service (NCS).
Men of the NCS had recently apprehended Abolade for being in possession of cannabis and smuggled quantities of rice.
The Ogun State Comptroller of the NCS, Mr. Sani Madugu, while speaking on the arrest of Abolade, said that the university vehicle with registration number FUNAAB 50B-100FG was carrying 211 compressed bible size illicit drugs and the rice.
According to him, the driver, who was heading towards a neighbouring town in the state last Saturday, took advantage of the government vehicle to convey the seized cannabis (also known as Indian hemp), but luck ran against him.
“A vehicle of this nature is used to convey agriculture students for outdoor academic activities particularly to farms and also convey other valuables in a university environment, unfortunately it has become a tool for transporting illicit drugs and smuggled rice,” Madugu said.
Peeved by putting the university’s name in disrepute, the management said that the suspect, who was apprehended along Imeko-Afon/Olorunda area of the Idiroko border, can no longer work with FUNAAB.
According to a release by the Head, Directorate of Public Relations, Mrs. Emi’ Alawode, and made available to GatewayMail, the university said the sack took immediate effect.
“The letter of dismissal, referenced FUNAAB/R/JP.1804/1/43 and signed by the Acting Registrar of the University, Mrs. Linda Onwuka, reads in part: ‘I write to inform you that your services, as a Driver/Mechanic II in the Bureau of Transportation are no longer required by the University and consequently, you are hereby dismissed from the services of the University with immediate effect.”
“The decision was taken in adherence to extant regulations, the rules of engagement of the said officer in the University, as well as avail the accused person the required time and attention, to respond to the allegations leveled against him by law enforcement agents,” Alawode quoted the letter.
She further said in the release: “As a responsible and law-abiding organization, the Federal University of Agriculture, Abeokuta (FUNAAB), Ogun State, is committed to upholding all statutory enactments guiding its establishment, subsisting legislation in Ogun State and the nation in general.
“This uncompromising and non-negotiable stance had always and severally been hammered to bonafide members of staff and students of the University.”
“Already, the University has put the necessary machinery in place, to carry out proper investigations, to ascertain what actually transpired on the said date on one hand, while law enforcement agents, on the other hand, would be allowed and supported to perform their statutory duties in the overall interest of all citizens,” Alawode stressed.
Meanwhile, the university has also debunked claim that “following the event that transpired between the dismissed staff and law enforcement agents, students of the University had been asked to pay certain amount of money, as reparation fees, and to present letters of undertaking, to be of good behavior.”
The management said that there was not iota of truth in the information. “This piece of information is untrue, embarrassing, misleading, mischievous and should be disregarded,” Alawode said.
She added: “The University is currently on its first semester break for the 2016/2017 Academic Session, following the end of examinations on August 1, 2017; hence, academic activities are on recess, while normal administrative services are fully ongoing.” 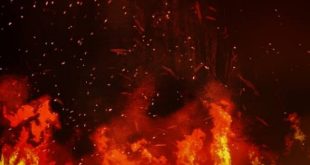 Why Man Kill His Girlfriend, Burn Himself Alive 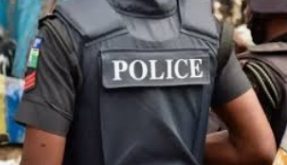 Why DSS Must Disobey Court Ruling And Arrest Emefiele – Falana