Breaking News
Home / HEADLINE / Friends Save N724,000 For 8months To Buy Car For Their Bestie 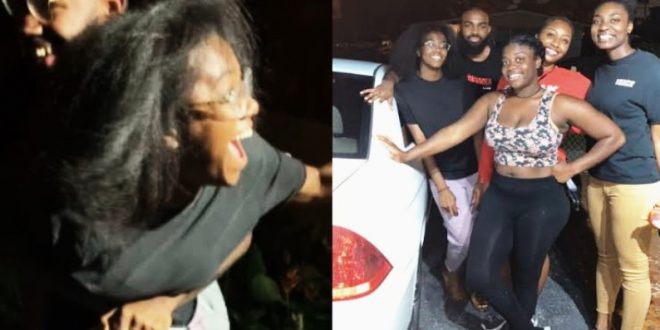 Friends Save N724,000 For 8months To Buy Car For Their Bestie

FLORIDA: As they say, some friends are more important than family and Mizani Rev, a woman from Florida has been fortunate to have her dearest friends surprise her with a car for her birthday.

Metro reports that they used an app called Quapital and saved N8,000 every week for eight months until they had the funds to surprise their friend with a car for her birthday which made her break down in tears.

Jean, a 23-year-old nurse, who was the mastermind behind the plan shared images on his Twitter handle with the caption: ”My group of friends chipped in to buy our best friend her first car and surprised her with it last night. This was her reaction .”

”We used an app called Quapital and set it to automatically take $25 a week from our bank accounts and put it into one group fund ‘Zani whip fund’ until we hit our goal and we searched the internet together to find her the best car,” Jean told Metro.co.uk.

Jean notes that Mizani Rev is ”so selfless and always willing to give her last to anyone in need. She deserved it!”