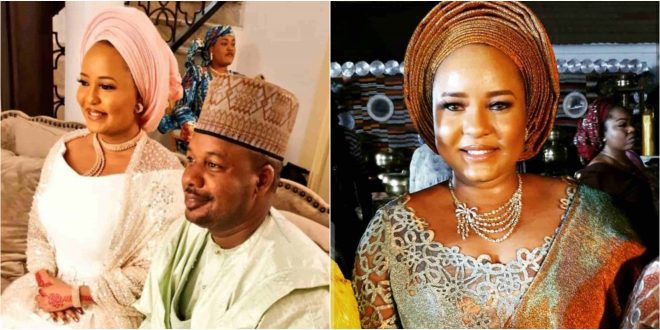 StarTrend May 8, 2019 NEWS Comments Off on Friends Of Oba Saheed Elegushi’s 1st Wife, Sekinat In Messy Fight Over Taking Of 2nd Wife 1,026 Views

The community that makes up the friends of the Olori Sekinat Aramide, the first wife of Oba Saheed Ademola Elegushi is at war with itself.

Societynow.ng learned that friends of the first wife of the young monarch also known as Kusenla 111 are coming fast and hard against one another.

The information available to societynow.ng revealed that things have degenerated to the point of threats to publicly expose details of salacious against one another.

Oba Elegushi, the king of Ikateland – in Lagos – officially took a second wife, Hadiza Tanko Yakassi, from Kano on Friday, May 3, 2019.

The first wife, after scuttling initial attempts, was reportedly kept in the dark until the marriage became inevitable.

Societynow.ng learned the Olori kicked hard against her husband’s second marriage but was forced to accept the situation based intervention from ‘’respected family friends’’, including the Ooni of Ife Oba Adeyeye Enitan Ogunwusi.

Societynow.ng gathered that attempts by some friends to throw snide remarks, subtle mock while others stoutly side with Olori Sekinat as her husband takes a second wife – after 16years of marriage – reportedly erupted in the public fight tearing her friends apart.

Previous BEWARE! Doctors Reveal 9 Popular Nigerian Foods That Have Been Damaging Your Brain Unknowingly; Number 8 Is Too Common To Ignore
Next Nollywood Actor; Gbolahan Adio Majester Is Dead