Breaking News
Home / CRIMEBEAT / FPI SUG President Was Not Rusticated, We Only Suspend Him — Rector 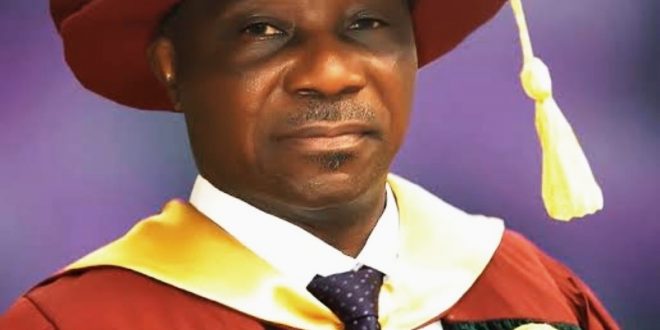 FPI SUG President Was Not Rusticated, We Only Suspend Him — Rector

Idowu Hamed February 19, 2020 CRIMEBEAT, EDUCATION, HEADLINE, NEWS Comments Off on FPI SUG President Was Not Rusticated, We Only Suspend Him — Rector 389 Views

ILARO-YEWA: The Rector of the Federal Polytechnic, Ilaro, Arc. (Dr) Olusegun Aluko has said that there was no truth in the story making round that the Students’ Union Government (SUG) leader of the institution, Mr. Adegboye Olanrewaju was rusticated by the authority of the school.

Arc. Aluko who stated this while speaking with newsmen in his office at Ilaro, pointed out that authority of the institution only suspended the students’ leader in order to enable him face the alleged cult membership case levelled against him by the Nigeria Police Force.

According to him, “You see, the issue of the SUG President, people are just mixing it together. The SUG President does not have problem with us, but the police. As an institution, to prevent the police from looking for him on our campus, we said okay, until you finish your case with the police, you are suspended. So, when he finish with the police, he will now come here to face our own panel to find out what actually happened; then we will know what to do.

On whether Olatunji will be allow to write his first semester examination, the Rector said, “definitely he is going to write his own exams after we have gone through the process and he is not find guilty, because we have our own laws different from that of the police.

“We have our own student’s handbooks so, we are going to look into those handbooks; has he violated any of the rules or regulations in the handbooks? If he has not, he will be allow to write his exams”

Aluko however noted that the Federal Polytechnic, Ilaro is known for peace and his students were law abiding and patriotic Nigerians who know that cultism is bad.

His words, “You can see that our campus is peaceful. Those that are ranting outside were never our students. Our students are busy with their exams and that is because they want to be part of the history.

“We have been on this for the past 15 years and non of them is ready to disrupt it. So, those people shouting are never our students and they are not part of us. My students know what they want; they want good education, they want to be patriotic Nigerians and they appreciate what we are doing for them.

“Our students know that cult is bad. Just look at the way they dress. How many school can you go to and find students dress like that. It’s what we told them, because the way you dress is the way you will be addressed”.

Aluko said that he expected National Association of Nigerian Students (NANS) to do their findings thoroughly on the SUG President and if he was culpable, NANS should be the first to call for his removal instead of putting up threat to disrupt the existing peaceful atmosphere of the institution and its environs.

The Rector advised staff and students of the school to maintain the existing peace and academic excellence that the school is known for and not relent at making the institution a role model for others.

“Our students are the future of this country and I will not allow anybody to come and distract them. Some of those guys shouting are not students and they say they are NANS”, he posited.