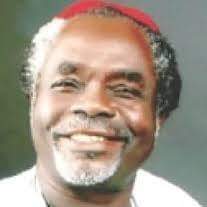 According to a report from one of his children, Alhaja Adeola Agoro JP who broke the news to Startrend on phone said, Dr Agoro died in the early hours of Sunday, November 1, 2020 after a brief ilness.

It was also revealed that the well revered public commentator and religious leader was sick, but very brief before he paseed on at 3am in the early hours of Sunday.