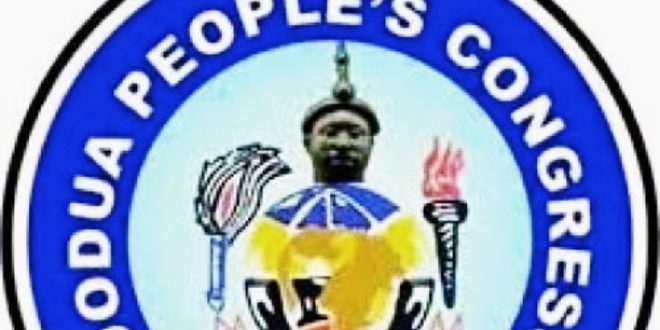 Adekanmbi in a chat with our correspondent said “although, the case is in court but “Adetunji lied on a radio programme recently in Abeokuta on the issue of cultism as the Rector was never aware of how Adetunji and the other man were apprehended.

He however spoke further that there’s enough evidence before the police, the court of law as well as the members of Bolutife Community, Gbogidi area of Ilaro on how the entire scenario was played out, noting that he was not expecting a radio station to allow such a lie to be told on an ongoing case in the court of law.

While urging the people of the community to continue with their normal activities, Adekanmbi warned members of the public not to allow the accused to drag name of the Rector of the polytechnic, Arc. Olusegun Aluko into the mud as the Rector was not in the know of how the alledged culprits were apprehend.

Adekanmbi also cautioned the media to avoid being used as a tool of attack to target prominent individuals in the society as such act would make the people to lose the confidence reposed in them.

Meanwhile, the commandant of OPC, Ilaro chapter has also raised an alarm to various threats to his life by some unknown people since the commencement of the case against the suspended FPI students union president.

His words, “they have been threatening my life everyday on this case, but with the support of my OPC Command both in Ilaro and Ogun state in general, I’ve been able to uphold the truth and move on.”

While reiterating the commitment of his community and OPC to ensuring justice among everyone,, Adekanmbi further disclosed that, the Rector or any member of the management has not met him and has no cause to cover up for anybody in discharging his duties.