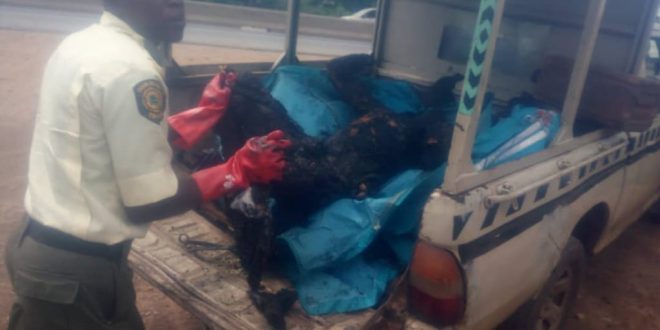 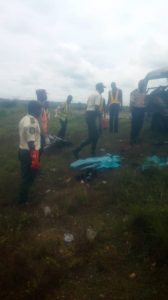 OGUN: It was a black Friday in Ogun State, as five persons were reportedly died while 10 sustained injury in a ghastly auto crash along Lagos-Ibadan Expressway.

The crash which occurred around Onigari, a border town between the State and Oyo State, involved 18 passengers in total.

The commercial bus with registration number WWD 302 CB was said to be traveling to Lagos State, having taken off from Sokoto State, but stopped briefly in Ibadan to pick other passengers after which it lost control at Onigari due to excessive speed. 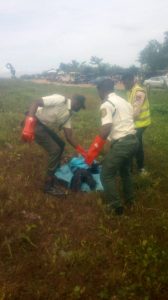 A statement by the Public Education Officer of the Federal Road Safety Corps (FRSC) Ogun State Command, Florence Okpe stated that the white coloured Mazda bus collided with the road median with the bus upturning and bursting into flames immediately.

The injured victims have been transfered to Olabisi Onabanjo University Teaching Hospital (OOUTH) for treatment, while the corpses of those killed in the crash have been deposited at the Mortuary of the same Hospital.

The State Sector Commander, Clement Oladele has however commiserated with families of the victims, with advice to members 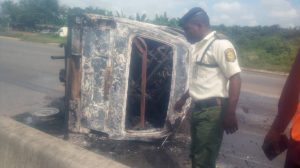 of the public whose relatives of the victims to contact the FRSC Command at KM27 Ibadan-Lagos Expressway at Ogunmakin.

Oladele also reminded passengers to caution their drivers when driving recklessly, adding that where such driver refused to heed to caution, the FRSC could be called on the toll free number 122 to report such traffic misdemeanor.