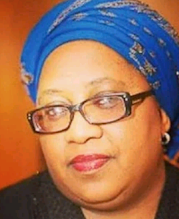 In a recent post shared on twitter; a film producer, Mildred Okwo has slammed Nollywood stars who beg fans for money when they fall ill.

Okwo in her comment opined that some of these artistes have over 100 movies to their name, saying, “But they haven’t saved up to a million in all their years of fame.

“It is not news that some Nollywood stars result to begging fans for money when they fall critically ill. These stars, after being famous for many years, depend on the generosity of their fans when a sickness comes knocking.

“Most of the stars have hospital bills running into millions and seek donations from family, friends and fans to survive. While most people are willing to help, some still question what all their years of fame have gotten them, if they can’t settle their bills.”

While some people against Okwo’s view, others agreed with the film producer. They say, “one should have something to show for working tirelessly in a line of work for so many years.”