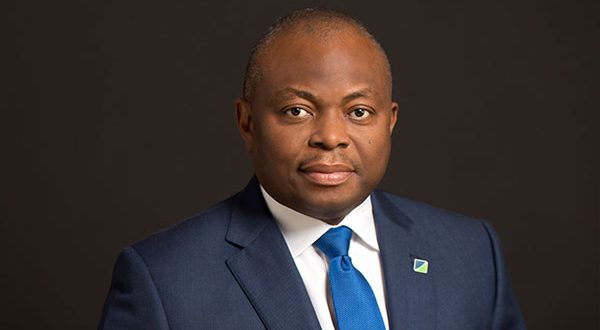 Fidelity Bank Plc posted an impressive half year results for 2018, recording a double-digit growth in key revenue lines and achieving significant traction in her chosen business segments.
Details of the audited half year results, for the period ended June 30, 2018, was released at the Nigerian Stock Exchange on Wednesday September 26, 2018.
It showed a 27.3 per cent jump in Profit Before Tax from N10.2 billion in the previous period to N13 billion in the reporting period.
Profit After Tax rose by 31 per cent to close at N11.8 billion from N9.03 billion recorded in 2017, whilst gross earnings rose by 3.6 per cent from N85.8 billion to N88.9 billion.
In other indices, Total Assets grew by 13.7 per cent to N1, 567.6 billion from N1, 379.2 billion in the previous period.
Total Deposits, a measure of customer confidence, increased by 19.7 per cent to close at N927.9 billion from N775.3 billion in 2017.
Commenting on the results, Fidelity Bank CEO, Nnamdi Okonkwo, attributed the impressive performance to the disciplined approach in managing the balance sheet growth of the bank, its strategic cost containment initiatives, focused attention to chosen business segments and determined execution of its retail and digital banking strategy.
Okonkwo added: “Gross earnings, net fee and commission income all grew primarily due to the increase in transactional activities. Our digital banking initiative continues to gain traction with almost 40 percent of our customers now enrolled on our mobile/internet banking products and over 80 percent of total transactions now done on our digital platforms.”
As shown in recent years, Fidelity Bank’s retail digital banking strategy has continued to positively impact the business.
This was again evident in the HI 2018 results as savings deposits increased by 10.6 per cent to N197.5 billion.
“The bank is on track to achieving a 5th consecutive year of double-digit savings growth. Low cost deposits now account for 73.8% of total deposits,” Okonkwo explained further.
Although Total Operating Expenses grew by 5.7 per cent to N32.7 billion, Okonkwo maintained that the bank’s cost to income ratio remained relatively stable at 67.7 per cent when compared to 67.5 per cent reported in the previous year. 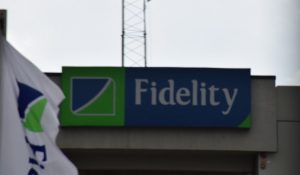 This is in spite of the double-digit inflationary environment in Nigeria.
With regulatory ratios such as the Capital Adequacy Ratio at 17 per cent, Liquidity Ratio at 33.2 per cent, well above required threshold, Okonkwo was optimistic that the bank will sustain this sterling performance in the second half of the year.
Fidelity Bank is a full-fledged commercial bank operating in Nigeria with over four million customers who are serviced across its 240 business offices and various digital banking channels.
The bank, which is focused on select niche corporate banking sectors as well as Micro Small and Medium Enterprises, has in recent times won accolades as the Best SME Friendly Bank, Best in Mobile Banking and the Most Improved Corporate/Investment Bank among several industry awards and recognition.