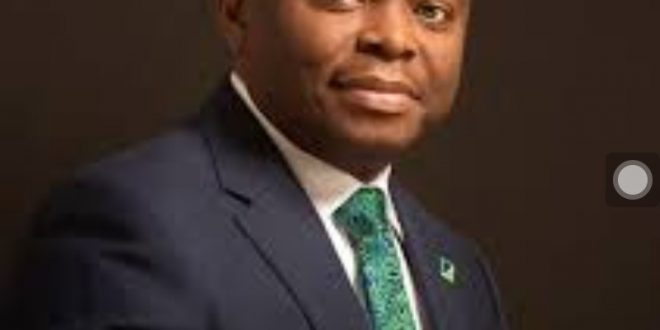 Okonkwo stated this at the closing ceremony of the Anambra State U13/U17 Academicals which took place at St. Mary’s High School, Ifitedunu, Anambra State at the weekend.
He explained that Fidelity is pleased to partner with the state as a way of giving back to the society, stressing that through the initiative the bank also intends to curb youth restiveness by engaging them meaningfully.
“Since sport is a very strong element in youth development, we felt we needed to partner with the state to make sure we get this competition going strongly.
“You can see what happened here today and I think that it was really an international standard show they put up.
“We are proud to have supported that and we are looking forward to continuing this support,” he said.
Earlier, the Deputy Governor, Dr Nkem Okeke, who represented the governor, Chief Willie Obiano, said that the competition was a demonstration of the governor’s belief and commitment towards advancing the cause of the youths in the state.
According to him, engaging the youths in all forms of programmes, projects, sporting activities, skills acquisition are all part of youth development to keep them away from social vices.
“We’ve all had a wonderful day seeing these kids show their skills in football. You can see the enthusiasm of these kids,” Okeke said.
He commended Fidelity Bank Plc for sponsoring the tournament, noting that the presence of the MD/CEO of the bank at the finals showed the commitment of the bank to the initiative.
He called on other corporate organizations to take a cue from Fidelity and sponsor other events.
“It’s not just football that we play here. There are other games like basketball, tennis, whatever, they can be involved in organizing these and I know we have the players in Anambra,” he stated.
Meanwhile, Central School, Ekwulobia defeated Eri Primary School three goals to one to lift the U13 trophy and a cash prize of N500,000.
At the U17 category, Community Secondary school, Uga beat Metropolitan College, Onitsha 3-2 to win the trophy and cash prize of N1,000,000.