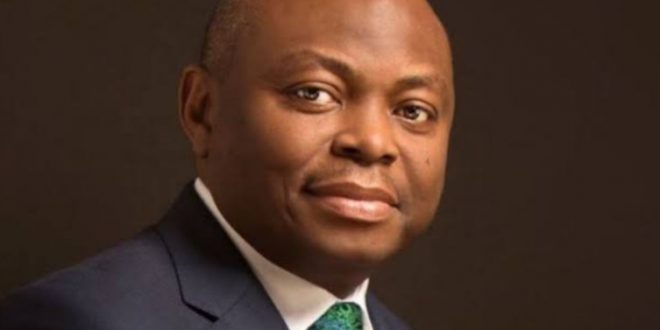 LAGOS: Top Nigerian lender, Fidelity Bank Plc was on Friday, February 38, 2020 honoured for its innovative digital banking solutions and consistent support for Micro Small Medium Enterprises (MSMEs) in the country at the 2019 Silverbird Man of the year awards.

According to a press release e-signed and made available to StarTrend Int’l magazine & www.startrendinternational.com by Ejike Ndiulo, Head, Corporate Communications, Fidelity Bank received the Financial Sector Award of Bank of The Year at the ceremony, which held at the Convention Centre, Eko Hotels, Lagos.

Organized by Silverbird Communications and instituted 14 years ago, the Man of The Year awards is used to recognize individuals and institutions that have impacted positively on the lives of Nigerians.

The award was received on behalf of the bank by Executive Director, Corporate Banking, Obaro Odeghe who dedicated the award to customers and other stakeholders, stating that it will further spur the bank to greater heights in the delivery of financial services.

“We are delighted to be the first winner of the newly introduced Financial Sector Category of the Sliverbird Man of The Year. We are encouraged to continue to contribute our best to providing banking and financial services, supporting businesses and contributing to the development of the Nigerian economy”, he said.

Other personalities who received awards at the event include business magnate, Femi Otedola; Showbiz Promoter, Paul Okoye and Jacky Hathiramani who all received the Extraordinary Achievement Awards.

Fidelity Bank is a full-fledged commercial Bank operating in Nigeria with over 5 million customers who are serviced across its 250 business offices and various digital banking channels.

The Bank is focused on select niche corporate banking sectors as well as Micro Small and Medium Enterprises (MSMEs) and its currently driving its retail banking businesses through its robust digital banking channels.