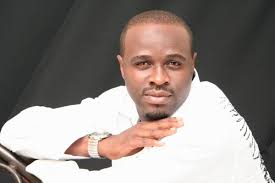 Femi Adebayo Narrates Ordeal In The Hands Of Armed Robbers

Popular Yoruba and Nollyood actor, Femi Adebayo Salami, took to his IG page recently to appreciate God after he narrowly escaped an attack by two gunmen in Lagos recently.
Femi Adebayo is also a Nigerian lawyer, film actor, director, producer and Special Adviser to the Governor of Kwara State on Arts, Culture and Tourism. He is the son of the veteran actor, Adebayo Salami
“I thank God for his protection over me and mine. I know my job comes with its risk. Working as an Actor and Politician requires my regular movement.
Recently, Just at the U turn coming from CMD Magodo around 7UP heading towards Ojota, my vehicle was accosted by men in a Toyota Corolla. They crossed my vehicle at the U Turn. 2 men alighted from the vehicle bearing AK47s. They tried to force the doors open. They kept hitting my car with the butt of their gun. In the process, they broke the door handle and left dents on different parts of my vehicle.
All these happened in full view of other vehicles and other individuals passing by. In the short time this happened, no one came to help. The guys were obviously not policemen; they didn’t wear any Insigna of the force. They wore plain clothes and had extra guts to perform this act during the day at about 12 noon.
Their assumption will have been that I was in the vehicle but my driver was the only one enroute to my location. With swiftness, he was able to maneuver and sped off. I thank God for keeping him. We are all still shocked at this but grateful to God that no life was lost in the process.
He began acting in 1985, the same year he featured in a father’s first movie titled Ogun Ajaye. He has starred in several Nigerian films,(quantify) winning four awards as Best Yoruba Actor at the 17th African Film Awards popularly known as Afro Hollywood Awards at the Stratford Town Hall in London.
He also won an award in the same category for the Best of Nollywood Broadcasting Organization of Nigeria Awards in 2012. He has a long list of movies to his credits which includes the much anticipated Sonto Alapata, Wura Ati Fadaka, Ma Wobadan and Buga (a very funny one) just to mention a few. Femi is the MD/CEO of J-15 Media Network Nigeria. He has masters in law.