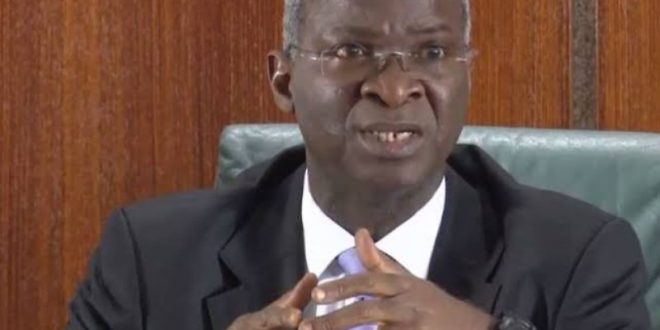 Idowu Hamed May 7, 2019 HEADLINE, NEWS Comments Off on Fashola Suffers Big Disappointment As His Name Is Reportedly Missing On Buhari’s List of New Cabinet Members 86 Views

As the mist rises in Aso rock over the list of new ministers to work with President Muhammadu Buhari of the All Progressive Congress in the next 4 years of his administration, rather disappointing news that has come as a shock to many has been reported.

According to Naija News, The former Lagos state Governor and now Minister of Power, Works and Housing, Babatunde Fashola might not be among the new cabinet members that will work hand in hand with President Muhammadu Buhari for the remaining part of his tenure.

A recent tweet by former Director of Strategy/Communication under former President Goodluck Jonathan, Jackson Ude, has got many talking as he revealed that Fashola is lobbying to return as minister having missed out on the list of new Buhari’s Ministers being compiled.

The former Presidential media aide, also alleged that the Comptroller-General of the Nigeria Customs Service (NSC), Col Hameed Ali made the list.