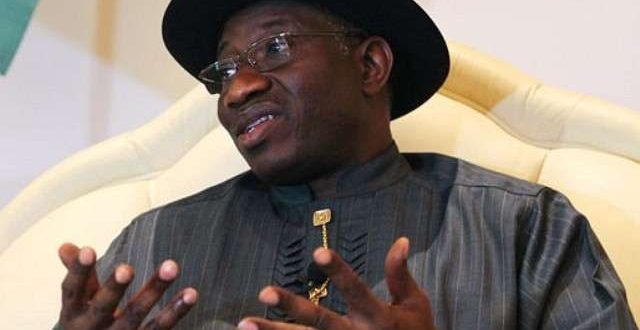 An ex-minister who served under Goodluck Jonathan’s cabinet has alleged that the former President had plans in place to obtain a court order to stop the Independent National Electoral Commission (INEC) from announcing the result of the 2015 presidential election.
Jonathan has been celebrated in Nigeria and across the globe for reportedly calling to congratulate his opponent then, the All Progressives Congress (APC) candidate, Muhammadu Buhari.
The former President in his book – My Transition Hours, narrated what happened at that critical moment.
He named four aides who advised him to concede defeat adding that he ignored ministers who told him otherwise.
“They were recommending sundry alternatives, but I was quiet in the midst of their discussions. I hugged my thought, figuring out how to do that which was best for the country. My personal interest was receding rapidly and the interest of Nigeria looming large.
“I excused myself and left the sitting room. I walked into my study. Even there, my mantra was a strong circle around me, supporting and comforting me. Let the country survive. Let democracy survive. My political ambition is not worth people being ‘soaked in blood,” Jonathan added.
According to The Cable, the minister, who refused to be identified described Jonathan’s narration as unfair and petty, adding that “The impression the former president is trying to create is that the people came to tell him not to concede. In truth, Jonathan was being persuaded by a former south-south governor not to concede, so some ministers were quickly invited to come and counter them.
“What would Okonjo-Iweala, Adoke and Chidoka be doing at the villa at that time if not that something was going wrong? Is Jonathan trying to say he was not involved in Elder Godsday Orubebe’s attempt to disrupt the announcement of the results? Is Jonathan trying to claim innocence of a plot to secure a court injunction to stop INEC from further announcing the results? Jonathan needs to be a man of honour.”
Another minister who also commented on the former President’s version of the story said “Let him enjoy the euphoria of his book launch first, but those he has defamed will surely respond in due course.”
The minister also added that Jonathan’s recent action might lead to his demystification.
According to Okonjo-Iweala, the former Finance Minister who Jonathan mentioned as one of those who advised him to concede had earlier spoken on what happened in 2015, in her book, Fighting Corruption Is Dangerous, the story behind the headlines, she said “The state-by-state announcement of election results by Professor Attahiru Jega, the Chairman of INEC, began at noon on Monday, March 30, 2015. I joined a few colleagues from the Economic Management Team at the office of one of the presidential advisers where a team was monitoring the results.
“The atmosphere was electric. Throughout the day, vote counts came in from different states, mostly from the South-South and South East. The president was leading, but his margin was getting slimmer. And the results from the northern states – the opposition stronghold—had not yet come in. By 8pm, these results began to arrive, and the tide turned against the president. By 10pm, it became clear that the Jonathan administration was now on a losing streak.
“We all assembled again in the adviser’s office—which we now called our situation room. A couple of hours later, the Minister of Aviation, Osita Chidoka, called me to say that a concession speech was being drafted by Mr. Reuben Abati, the president’s speech writer, and they wanted my contribution. What did I think he should emphasize in the speech? 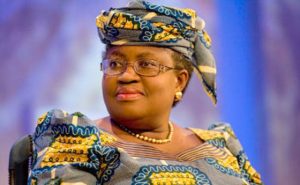 “I drafted a few thoughts on the economic achievements of the administration, the president’s legacy and the difficult economic challenges facing the nation that needed immediate attention. By 4pm, I felt I had enough material and decided to go to the Villa to talk to those working on the speech. I wondered where the president was and what he was doing.’’