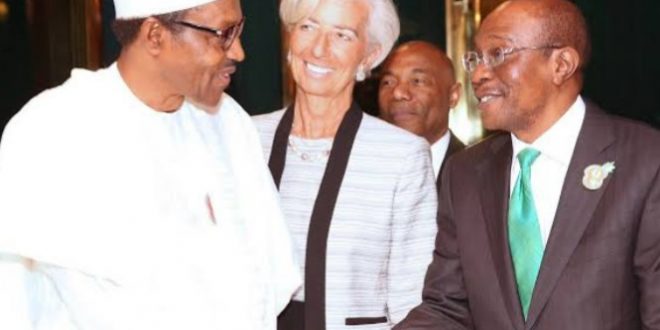 The governor of Central Bank of Nigeria (CBN), Godwin Emefiele, has confirmed that he is returning for a second term.

According to a source, Emefiele confirmed this at an ongoing Association of Assets Custodians of Nigeria (AACN) conference in London on Thursday morning.

However, a source at the CBN said no official announcement has been made within the bank. Emefiele’s defiant stance against multiple calls to devalue the Naira and restriction on importation of 40 items from buying foreign exchange are said to endear the banker to the president, according to people familiar with the matter.

Prior to his appointment as the apex bank’s chief executive on June 3, 2014, Emefiele was the Group Managing Director/Chief Executive Officer of Zenith Bank Plc, the post, he assumed after spending over 26 years in commercial banking.

He had won the best graduating student award when, in 1986, he obtained a Master’s Degree (MBA) in Finance from the University of Nigeria, Nsukka; the same school, where he studied banking and finance and graduated with a second class upper division, two years earlier. He later had executive studies at Stanford University, Harvard University and Wharton School of Business.

Even though his five-year tenure ends on June 2, Buhari has the discretion to renew his appointment.