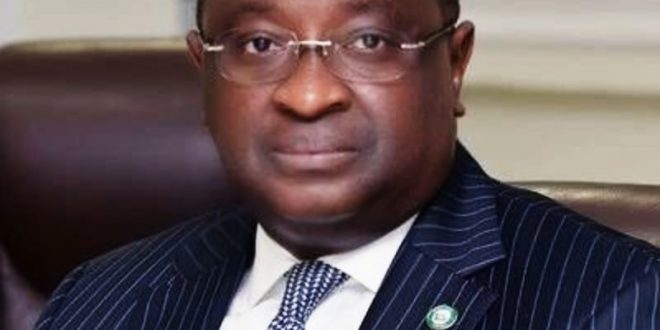 ABUJA: The quality representation and contributions of Sen. Tolu Odebiyi representing Ogun West at the Senate were on Thursday, February 6, 2020 recognised and rewarded by the President of the Senate, Sen. Ahmad Lawan.

Sen. Odebiyi’s exemplary conduct at the Senate and in service to his Senatorial District, Ogun West was rewarded with a nomination as a delegate to the ECOWAS Parliament to represent the National Assembly.

The nomination showcases the Senator as a great Ambassador and a brilliant representative of Ogun West.

The nomination was announced in a written statement signed by the President of the Senate on Thursday, February 6, 2020.

“While wishing you a successful tenure, please accept the assurances of my highest regards,” the statement added.

In his remarks, Sen. Odebiyi thanked the President of the Senate for the nomination. He described it as another triumph for the people of Ogun West.

“I assure my people that I will continue to bring positive values to the Senatorial District” Odebiyi said.