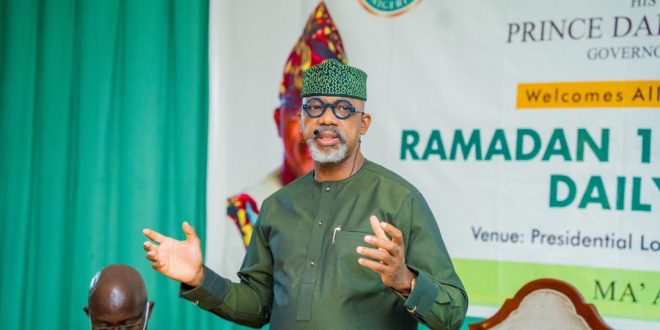 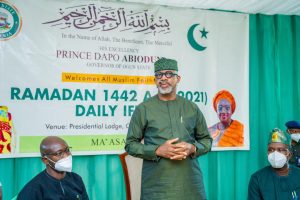 ABEOKUTA – Governor Dapo Abiodun of Ogun State has said his administration will not reverse the recently signed new minimum wage and slash workers salaries despite the economic crunch being faced by the country.

This is just as the governor promised that the local government elections slated for July 24, would not be skewed in favour of the ruling party.

Abiodun made this known during the Breaking of Fast (Iftar) with the leaders of the ruling All Progressives Congress (APC) in the state, on the evening of Wednesday, May 5, 2021, in Abeokuta, the state capital.

The Federal Government had on Tuesday, May 4, 2021, declared that it would slash workers salaries and merge agencies, to cope with the dwindling economic situation in the country.

But addressing the APC leaders at the Iftar, Abiodun vowed that his government would not slash salaries of its workforce, rather, his administration would continue to be creative in its bid to make the state economically viable and financially strong. 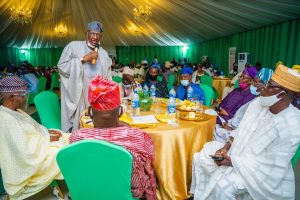 On the LG elections, Abiodun informed the party leaders that he would not share political positions among men and women who are party faithful during the elections, but promote equal participation, noting that leaders of the ruling party in the state must show that they are products of democracy.

“We must be consistent; we must show that we have learnt from other people’s lessons and we that are a product of democracy. We had done primaries when somebody else did not want primaries, we subjected ourselves to the party process, we evolved through that process which was later confirmed by the general elections despite all odds. Let us make sure that whatever process we adopt is democratic,we must be seen as true progressive democrats.

“When it comes to a process like this, what we need to do is to encourage our women to participate, to come forward and participate, we will vote for them, but we are not going to share it and say because you are a woman, you take this. No, that will be undemocratic. We are not going to do that, there will be fairness,” he stated.

On the issue of insecurity, the governor disclosed that his administration would soon relaunch the OPMESA, which according to him was recently resuscitated after years of neglect by the immediate past administration in the state. 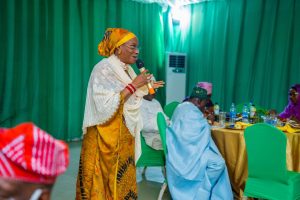 He added that any act of insecurity would be viewed as a sabotage against its government’s plans to grow the economy of the state.

“OPMESA has gone for so many years because the previous administration did not take it very seriously, so, they withdrew it. But I went after that initiative and I got the Chief of Army Staff to finally approve it because like I said to him, I don’t know of other states, but my state, I cannot afford insecurity”, Abiodun stated.

While restating his administration’s commitment to make the state safe for the residents, the governor called on the people of the state to be watchful, prayerful and be observant of their environment, noting “security agents are as good as the intelligence they gathered”. 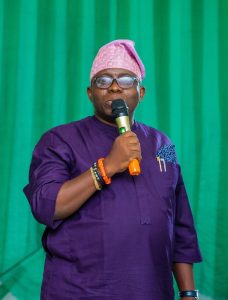 Earlier in his remarks, the Caretaker Committee Chairman of the APC in Ogun, Yemi Sanusi commended the state governor for embarking on massive road rehabilitation and reconstruction across the state, as well as accommodating more members into the party, particularly bigwigs from other political parties.

In their respective remarks, former deputy governor, Segun Adesegun, Senator Adegbenga Kaka and Gboyega Nasiru Isiaka, who commended the governor for his effort at making the state more attractive for investors, declared that they would continue to support his administration.

On her part, a House Representatives member representing Remo Federal Constituency, Adewunmi Onanuga, thanked Abiodun for making lawmakers from the state envy of other members of the House of Reps, over his strides in the overall development of the state.

She, however, called on the governor to give more women the chance to represent their people at the grassroots. 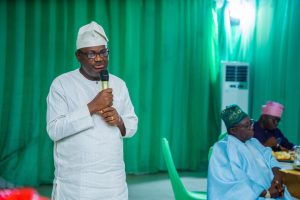 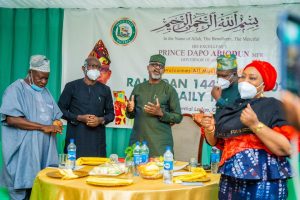 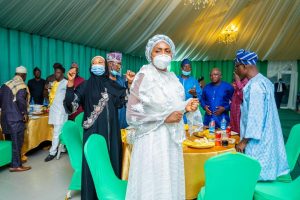 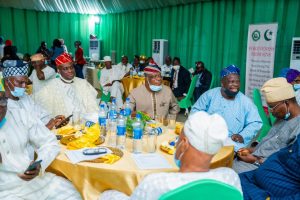 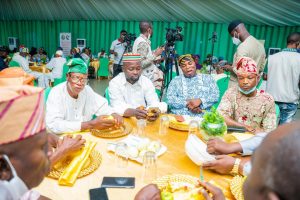